By Christopher Rondeau on November 19, 2020 0 Comments

The Contest of Swords are well on their way. After the death of Betsy Braddock, both sides are fighting to the death! Who is going to win in X of Swords: X-Force #14 by Marvel Comics! 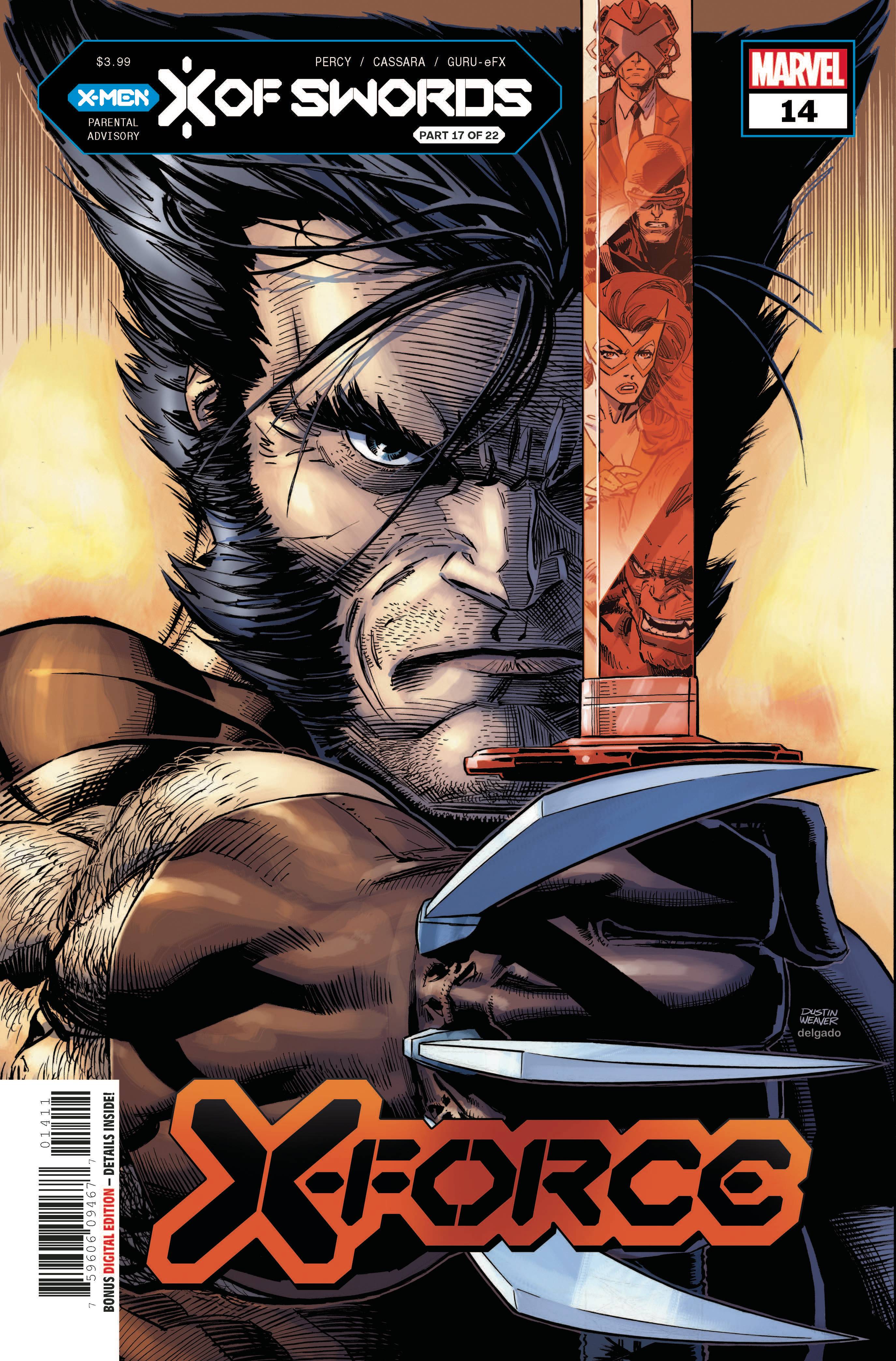 Previously in X of Swords: A prophecy was set forth that the Champions of Krakoa and the Champions of Arakko will fight each other. Arakko fights for the destruction of Earth while Krakoa fights to protect everything they love dear. The contest is not going great for Krakoa as they have often found themselves poisoned or put into a situation where there is no way they can win. However, more tasks are on their way and perhaps they can still catch up.

MONTAGES… SO MANY MONTAGES

Much of this book is a quick overview of the challenges the heroes have had to accomplish. Sometimes it is an eating contest and other times it is a test of will or strength. Some highlights were when Saturnyne tricked Captain Avalon into requiring her help by attacking him in the middle of a race. Then there was the challenge that Wolverine had to look at all the people who he killed; leaving him in tears. The biggest issue is that both Wolverine and Storm are drunk and have seemingly lost their powers due to being poisoned by Death. Storm thus has to duel Death without her powers but still proves a formidable opponent. However, Death finally decides to use ability and reveals the face of death. However, Storm uses her sword to hide her eyes and reflect the face of death and then stabs him. The end of the issue ends with Arakko 17 – Krakoa 6.

KIND OF JUST AN INFO DUMP

The biggest takeaway from this Contest is that it makes no sense. In one panel, we see Storm walking down a fashion runway and the comments suggest she did well but still lost. Cypher was funky on the dance floor but did not earn the point. What the issue doesn’t do is explain why Krakoa is losing. It just seems like there’s no real rubric for these contests. And perhaps that is in one way the point. Krakoa is doomed to fail because everything is stacked against them. With all the lead up to collecting the swords and fighting in the tournament, it seems a little lackluster. On top of that, the theme of family that seemed to be very big in the first half of the event and is lost. Though perhaps we can make an exception for the marriage of Bei and Cypher a few issues ago.

BOTTOM LINE: IT IS A WEAKER ISSUE IN THE EVENT

This feels like an information dump for the reader to get through the event. Perhaps next issue we will see the important events instead of all the seemingly insignificant ones. That at least is the hope and theory. This is a 3 out of 5 for me. The writing seemed to have forgotten the major themes and overall a drop in quality.

The Contest of Swords is underway and the Champions of Krakoa prepare to fight to the death!