By Christopher Rondeau on November 17, 2020 0 Comments

Willow and Aelara face off against each other in a battle of resolve and magic! Come check out the battle of mentor vs student in Buffy the Vampire Slayer: Willow #5 by BOOM! Studios. 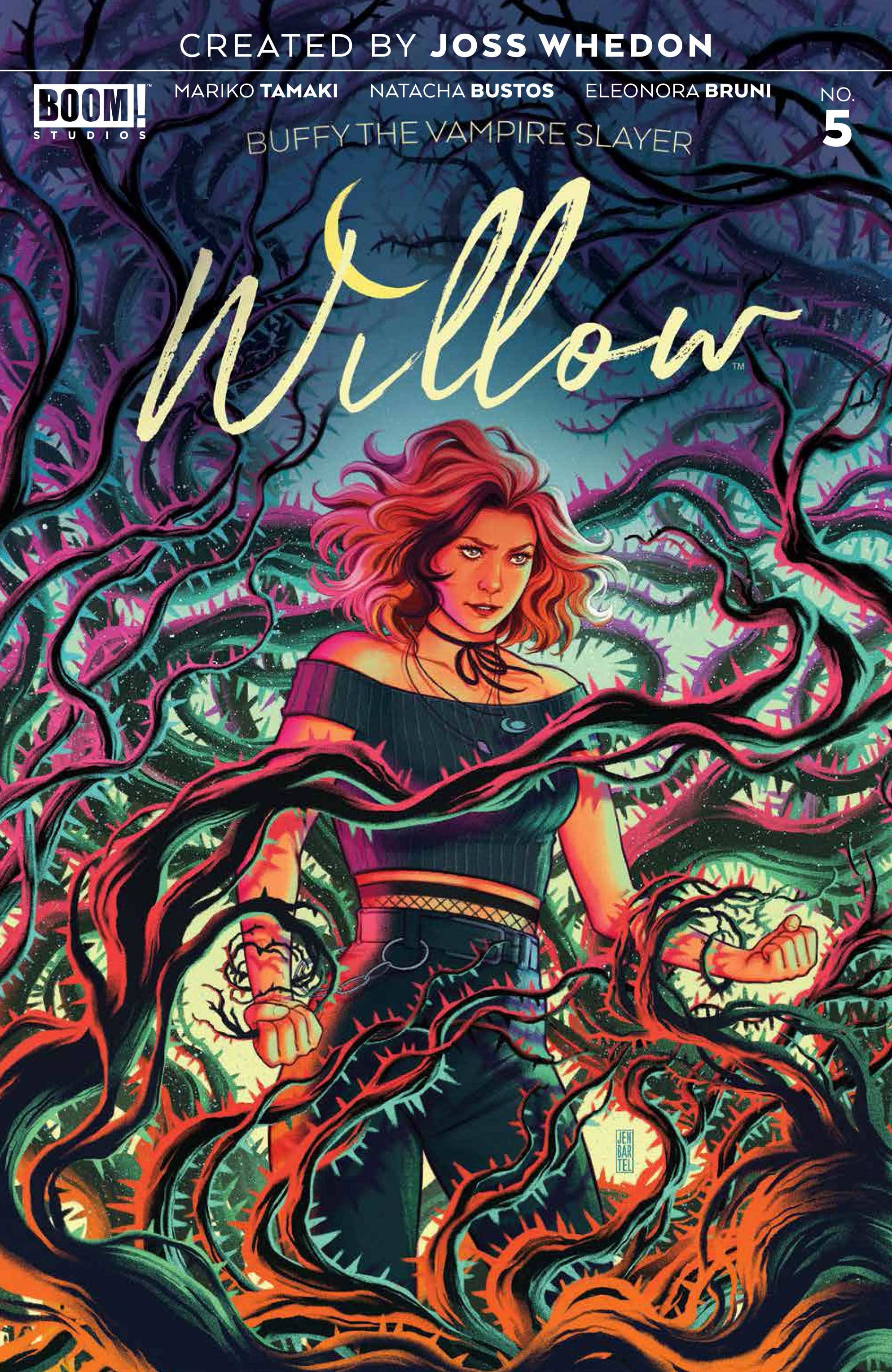 Previously in Willow: Instead of returning to Sunnydale, Willow finds herself in a time town of Abhainn. She opts to stay here after realizing that all its inhabitants are witches that are led by Aelara. However, Aelara has asked her to stay permanently and has made it clear that she doesn’t have a choice.

THROUGH THE POWER OF DREAMS

Willow resolves to fight and save a witch who wants to escape Abhainn. However, Aelara has a different plan and sends a pack of wolves to hunt them down. Willow summons her magic and destroys the wolves before they can strike! Unfortunately, Aelara is reinforced by a group of mages and they work together to fight Willow. As Willow is about to be overwhelmed, she has a vision of Xander who helps her overcome Aelara. As a defeated Aelara lies on the ground, she warns Willow that she needs her for some battle that is coming.

They both resolve to return to Abhainn and Willow is firm on having to return to Sunnydale to be with her friends and families. Aelara allows her to leave after asking her to come back when they need her to fight. She parts Willow with a gift; a mysterious book!

The story is a slow burn as Willow tries to gain back her self confidence and purpose. This climatic battle between Willow and Aelara successfully resolves that plot as Willow is able to make choices for herself. The problem I run into is that there was this big fight that Aelara lost and within the next page they were simply talking to each other at a diner. We jumped from a huge climax to sudden resolution where they settle their differences. I don’t know, it felt a little uncomfortable and I think we needed an extra page or two to go from the fight scene to their discussion. Heck, Aelara sent a pack of wolves on Willow and that would have certainly led to bodily injury if Willow couldn’t dispel them.

The huge asset to this issue is the art. I love that we can see a change in demeanor and posture from Willow as she gains her confidence back. And the use of colors is always a great treat. I hope to see more from both Natacha and Eleonora in the future. Their styles are aesthetically pleasing to the eye

I loved this series because of the subtlety of the writing and an ending that resolved everything it needed too. The only qualm is that it needed another two pages to help connect two scenes a little better. This feels like a coming of age story after a rather traumatic event. Willow has been to hell and back and has to find herself again. That idea is incredibly engaging and vivid and a 4 out of 5 stars from me for this issue.

Willow and Aelara face off in a battle of wits and magic!