By Christopher Rondeau on November 8, 2020 0 Comments

The Glass family have finally found a moment of safety but not before the twins fall unconscious! Now Morgan and Yale have to figure out what their next move is in Dryad #6 by Oni-Lion Forge Publishing! 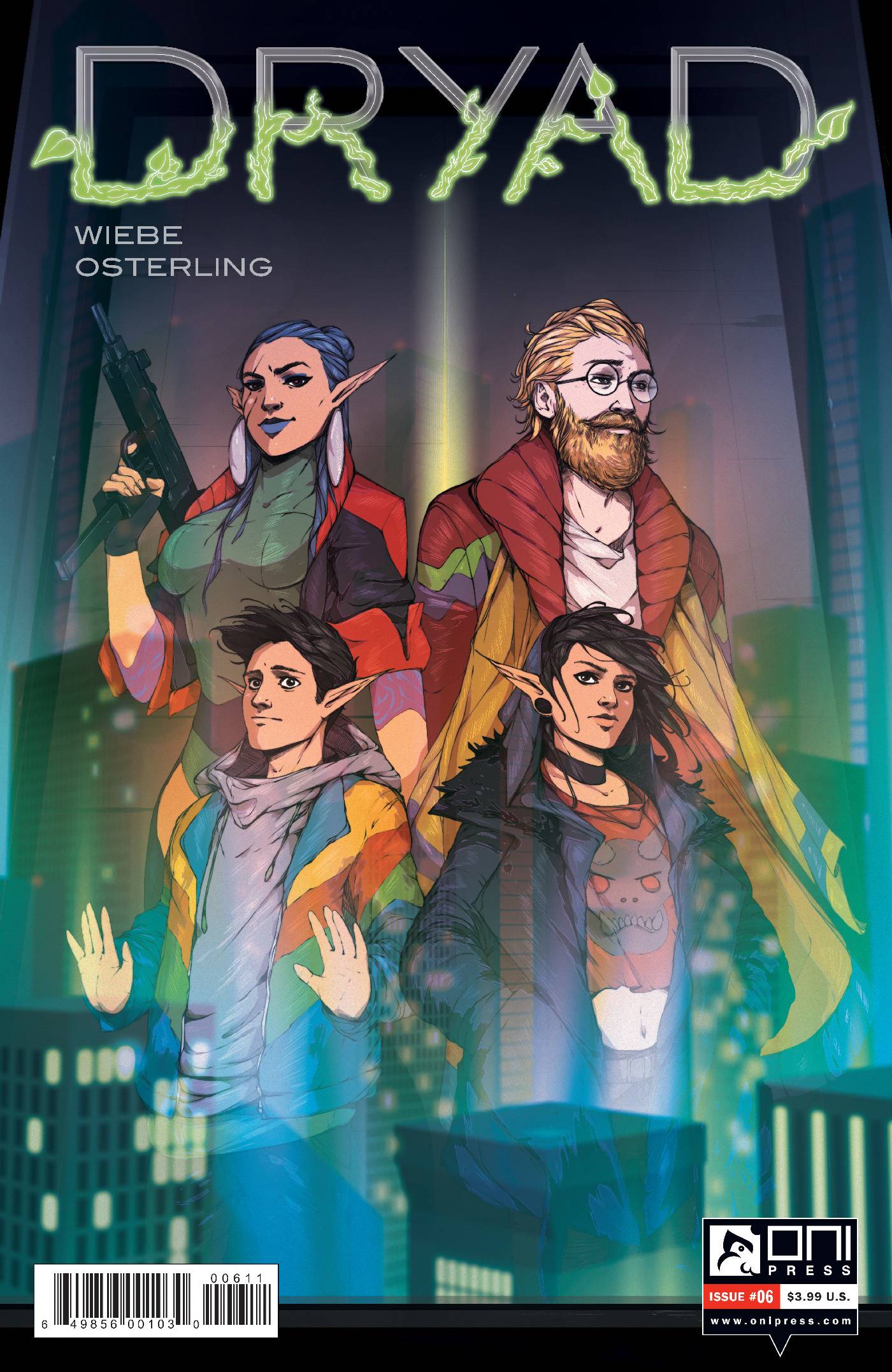 Previously in Dryad: Morgan and Yale Glass have tried to protect their children from their past. Unfortunately, they are dragged back into Silver Bay and are trying to figure out what the heck is going on! Calling upon an old friend Creston, they are now with a group of people who want to heal the world rather than perish under the tech of Silver Bay.

This issue featured several smaller conversations that solved some of the mystery of the series. Yale’s father is a scientist who did experiments on the twins and seems to have a vested interest in finding them. So much so that he orders his other son to find them. Morgan and Yale have to make a decision about what they are going to do. Morgan wants to take the aggressive approach while Yale thinks they are too old for their old way of life.

Creston tries to convince Val to help out the Glass family even though Creston and Val are on the opposite side of this conflict. After Val is set free, she realizes that it is about the kids rather than anything else. Rana and Griffon share a space in their unconsciousness and they realize that their connection is supernatural rather than something twins naturally share. When they regain their senses, Morgan and Yale reveal that they found them in his father’s laboratory and they are not their biological children.

The theme of family erupts through this issue. Not only the family you are born with but also the family that you choose. The relationship between the Glass family is the best example of this, but more interesting to me was Val and Creston’s conversation. Creston turned away from technology completely to join a new group of people; his new family. He then invites Val into this new family with open arms and the fact that she struggles with this decision because of the twins is touching and humanizes the character.

Because of that, it shines a light on the kids being adopted rather than biological. The kids are family chosen rather than by blood. Which in turn is an incredible theme to pursue. Not only as the parents sort through their own emotions but as the kids come to terms with who their family is and what they are. Man, between the great art and vivid coloring the series has laid a great foundation for a long and healthy run.

The exposition has ended and now the meat of it is starting. It was a slow burn to start but now the theme of the series is revealed and the direction is clear. The truth about the twins must be found! This issue is one of the few 5 out of 5 for me because it has everything that I want out of a story. Vivid art and coloring and great writing makes this series an easy sell and a high recommendation from me!

The Glass Family must figure out how they are going to navigate through the brutal Silver Bay!