The Tournament of Swords is nigh! But before then, Apocalypse and Genesis reunite for a final confrontation before the battle. Find out more in X-Men #14 by Marvel Comics! 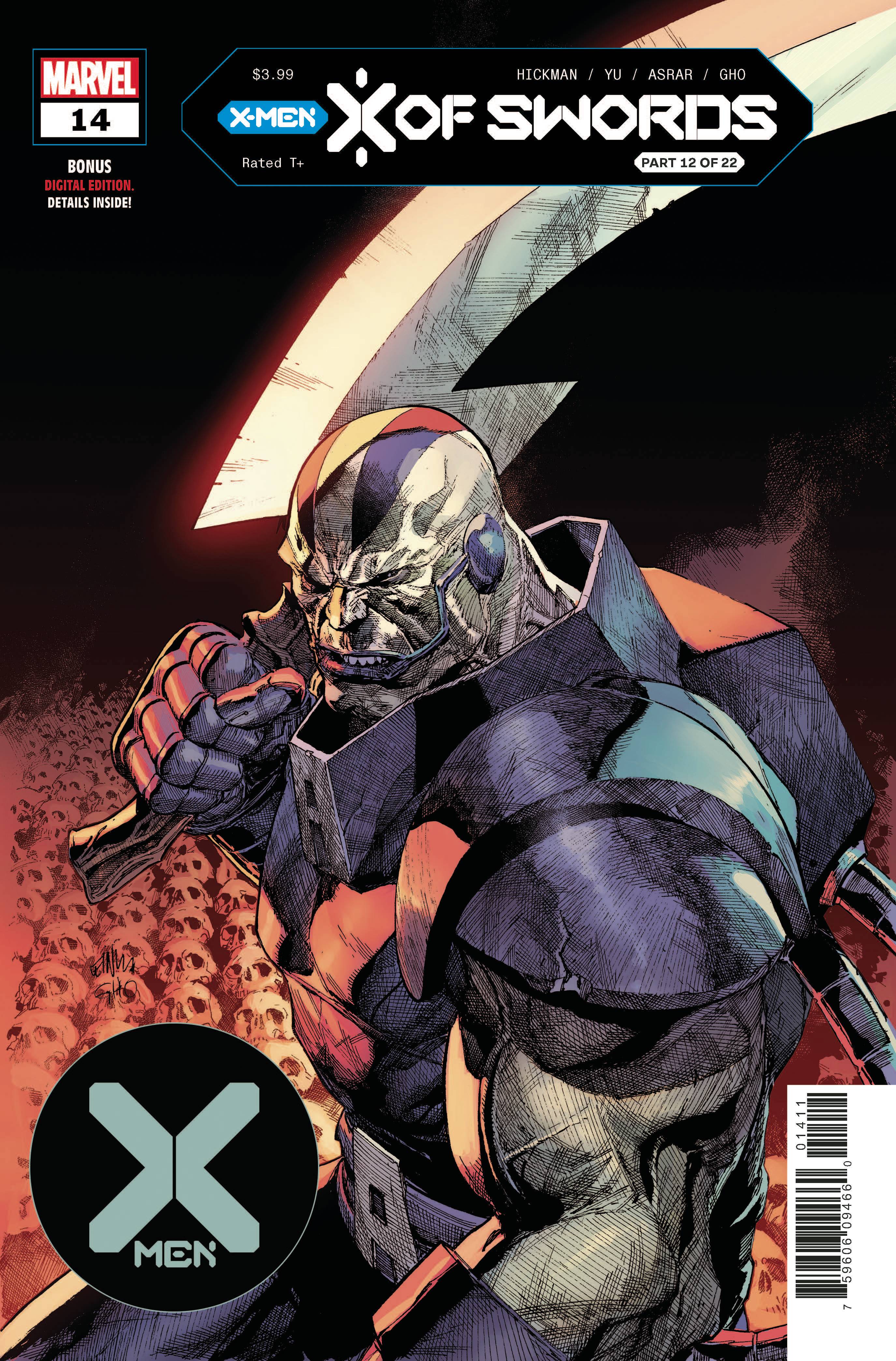 Previously on X-Men: The Champions of Krakoa will take their nine swords against the Champions of Arakko. This contest of swords can determine the fate of the mutant nation of Krakoa and perhaps the entire multiverse. However, Apocalypse realizes that the person who is Annihilation of Amenth is actually his lost wife!

Apocalypse and Genesis put aside their swords for a brief moment and head off to talk. Genesis then goes into how she took the role of Annihilation. After Krakoa and Arakko split, Genesis and the Four Horseman stayed behind to fight. They created a safe haven in the ten towers and are able to fight back the demons of Amenth. However, Genesis gets arrogant and strikes at the heart of Annihilation. She discovers that mutants she thought were dead were actually fused with some of the demons and she flies into anger. Genesis and Annihilation duel and Genesis wins but only the helmet of Annihilation can keep the horde at bay. In the end, Genesis had to wear the helm to control the horde and in turn, her desires became that of the helmet.

There is a very clear parallel between the reunification of Krakoa and Arakko and the relationship of Apocalypse and his family. The emotions and feelings that we have for Apocalypse is mirroring how the living worlds feel being separate from each other. Which is an odd theme but actually works very well on the pages of this comic. Every character has a theme of family and the emotional weight of it all lands on Apocalypse’s shoulders. I think the next few comics are going to feature a lot of action and fighting and this brief calm before the storm is quite enjoyable.

This is a great issue. The art is well drawn and coloring is vivid. But I have to applaud the writing here. They made a character that isn’t really lovable a great protagonist to this event. A person who can shoulder the emotional weight of the mutant nation and balance that against his apparent love for his family. There is also the subtle hint of isolation and the negative effect it can have on the psyche; something that is prevalent within the current pandemic. This is a must read issue for the arc as a whole and a clear 4 out of 5 for me. I’m excited to see this all resolve over the next few weeks.

Apocalypse is reunited with Genesis before the Contest of Swords!