By Christopher Rondeau on November 3, 2020 0 Comments

Black Widow is going after the criminal underworld! Find out if she can bring down the Maggia crime boss Silvermane in Black Widow: Widow’s Sting #1 by Marvel Comics! 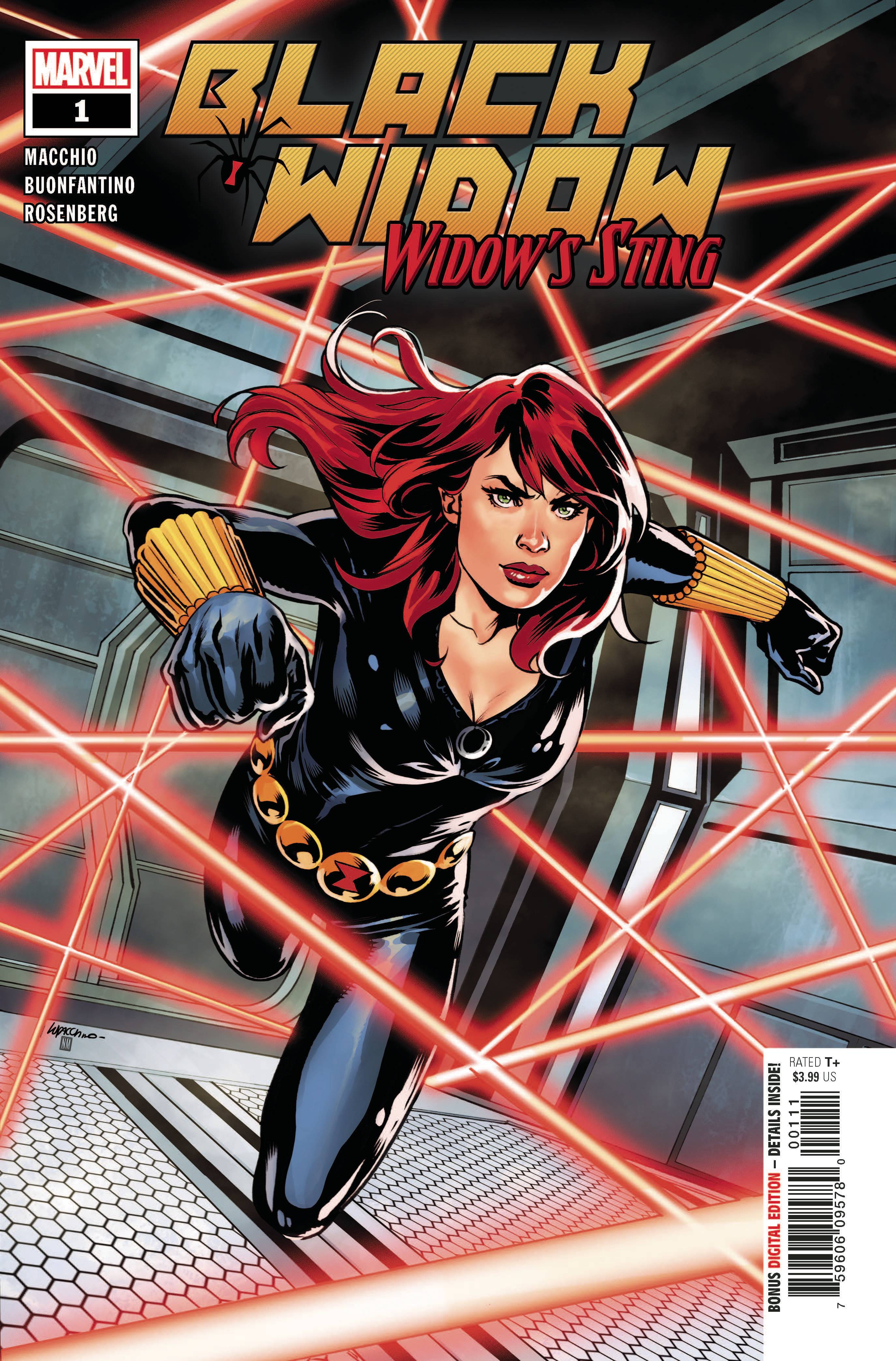 Previously in Black Widow: Welcome to a new Black Widow series that puts all a lot of Black Widow’s villains against her! Natasha Romanoff was trained as a child to be a Russian spy and assassin. However, she eventually defected to the United States and has worked for S.H.I.E.L.D., the Avengers, and many others!

Black Widow infiltrates the Maggia after another agent has failed to report in for several weeks. Donning a green dress, she makes her way into the dining room with many of the Maggia’s crime bosses. Silvermane saunters in and declares himself the supreme ruler of the Maggia. Emphasizing his power, he reveals he stole the Wand of Watoomb from Dr. Strange.This device allows him to concentrate and summon dimensions from other worlds.

Black Widow is thus on the move and follows Silvermane’s henchmen Marko to their secret lair. After avoiding multiple traps, Widow fights with Marko and quickly takes him out. After defeating Marko, Silvermane comes out in cybernetic form and Black Widow is unable to fight him. Luckily, she is rescued by the M.I.A. S.H.I.E.L.D. agent who gives her enough of an opening to disabled the suit. She walks away with more enemies but recovering the wand.

The comic book features an action pack start to this new Black Widow series. We get to see Natasha’s skill set as she enters into the party under guise, disables traps, and fights in hand to hand combat. There was so much action here that I think we glossed over the most important point. The other S.H.I.E.L.D. agent was heavily disconfigured when she was in Silvermane’s custody. This woman might have a heavy role to play in the series but her introduction was so brief that we don’t get to see the weight of the scars. Black Widow briefly talks about it but we are swamped with so much action in the book, the point may not have stuck. Then there is always the chance I’m reading too much into the character and there is in fact no importance to her at all.

I don’t need another action comic. In fact, I picked this up more because I wanted a spy book. I want to see Black Widow infiltrate this base and come up with a good cover. However, her cover was quickly blown and we skipped a lot of Widow preparing for this task. Now as a writer, you want to start the story off in the middle of the action but this might have been a little too late for my liking. Or rather I may have just had different expectations for the comic book then what it actually was. 3.5 out of 5 stars for me. It is a good book but it isn’t for me.

Black Widow is back in this new series! Come see Natasha Romanoff go against the Maggia crime family!