Hulk finds himself in a dystopian future and is searching for signs of civilization. A small community has formed in Dystopia led by none other than Hercules! Find out how this reunion goes in Maestro #3 by Marvel Comics! 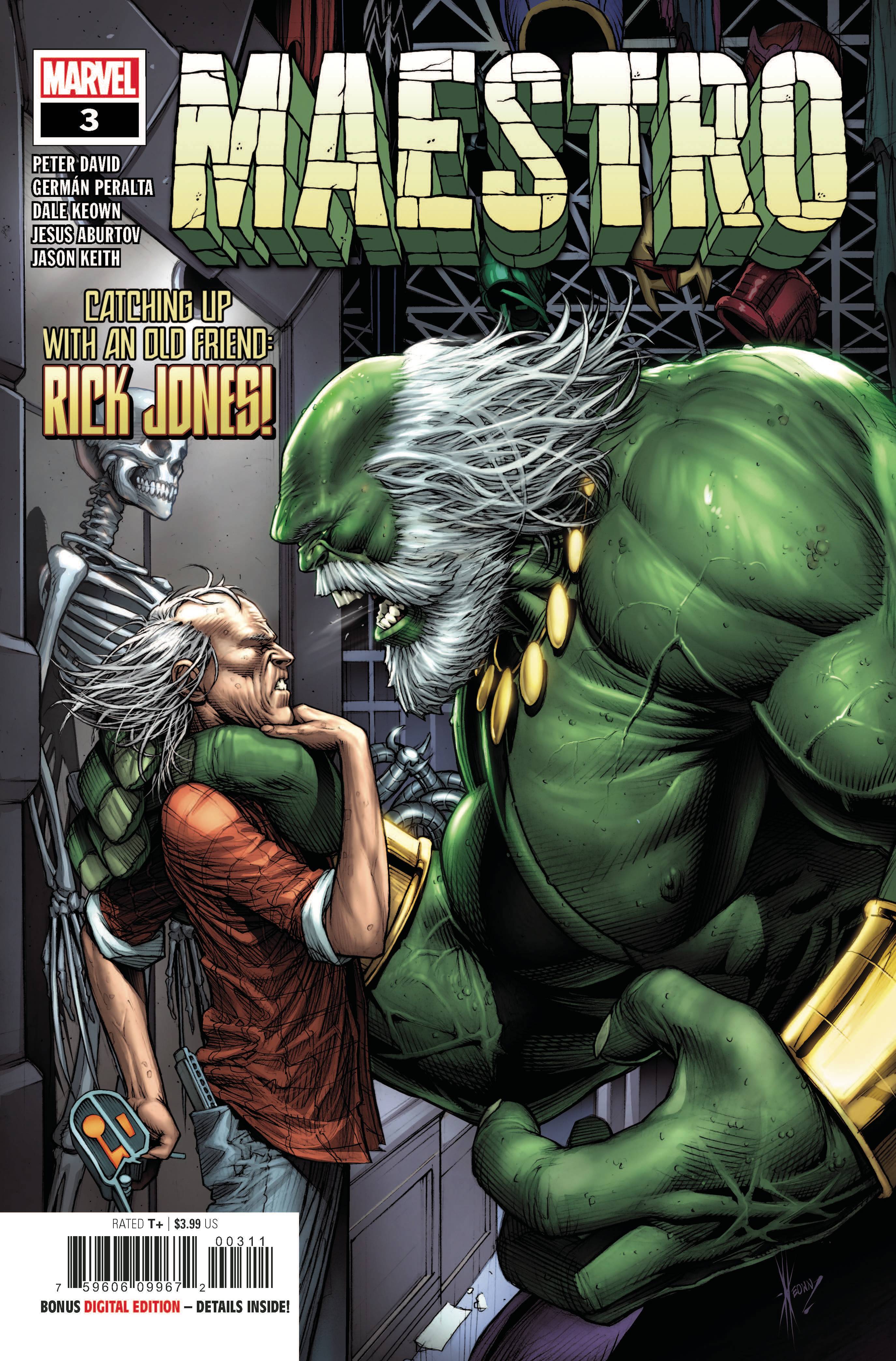 Previously in Maestro: Hulk has been in forced stasis by MODOK after human civilization bombed each other to death. Now that he is free, he finds himself angry that humankind could do this to themselves and the heroes who swore to protect them simply stood by. He heads to the city of Dystopia to find out who this Maestro is and what civilization is like.

Hercules greets Hulk with a punch to the face! He claims that he has been looking for a fight for years and now that Hulk is back he can finally spar. Hulk however is caught off guard but instead of participating in a fight, someone catches his attention informing him that Rick Jones wants to talk. Leaving the fight, he meets an older Rick Jones that reveals that Hercules has fallen to hedonistic tendencies. Hulk is angered that humankind bombed themselves and resolves to find a lab. Within the lab he sees a bunch of humans in incubation chambers and gets to work. At the end of the comic, he unleashes a robotic army onto the people of Dystopia as he announces himself a new leader that will bring the world together.

THE BEGINNING OF THE FALL

This is the turning point for Hulk to become a supervillain. He hates Hercules for not taking care of the people he rules and he hates people for killing each other. This is where Hulk hates human nature of individualism because individualism is about the self and not about community. What Hulk pitches at the end of the book is a world where people don’t need to struggle and that everyone looks out for each other with him as a ruler. The problem I struggle with is that Hulk isn’t necessarily wrong. Certainly sicking robo-dogs on innocents is bad but his intentions are actually quite good. I don’t know who to root for anymore but I know it certainly isn’t Hercules. Maybe it is for humankind?

I disliked not having a person to root for. When our protagonist is no longer our protagonist what does the reader grasp onto? For me, it was the theme. The theme is interesting but I don’t know if it is strong enough to hold the miniseries together. This is a 3.5 out of 5 for me. Carried by strong art and strong ideas, but maybe not great in practice.

Hulk heads to the town of Dystopia in the far future! However, who he finds isn't the person he was expecting.