Champions of Krakoa are selected to retrieve swords to participate in the Contest of Swords against Arakko. However, Apocalypse must recover from the injuries his long-lost children inflicted! Find out if he recovers in X-Men #13 by Marvel Comics! 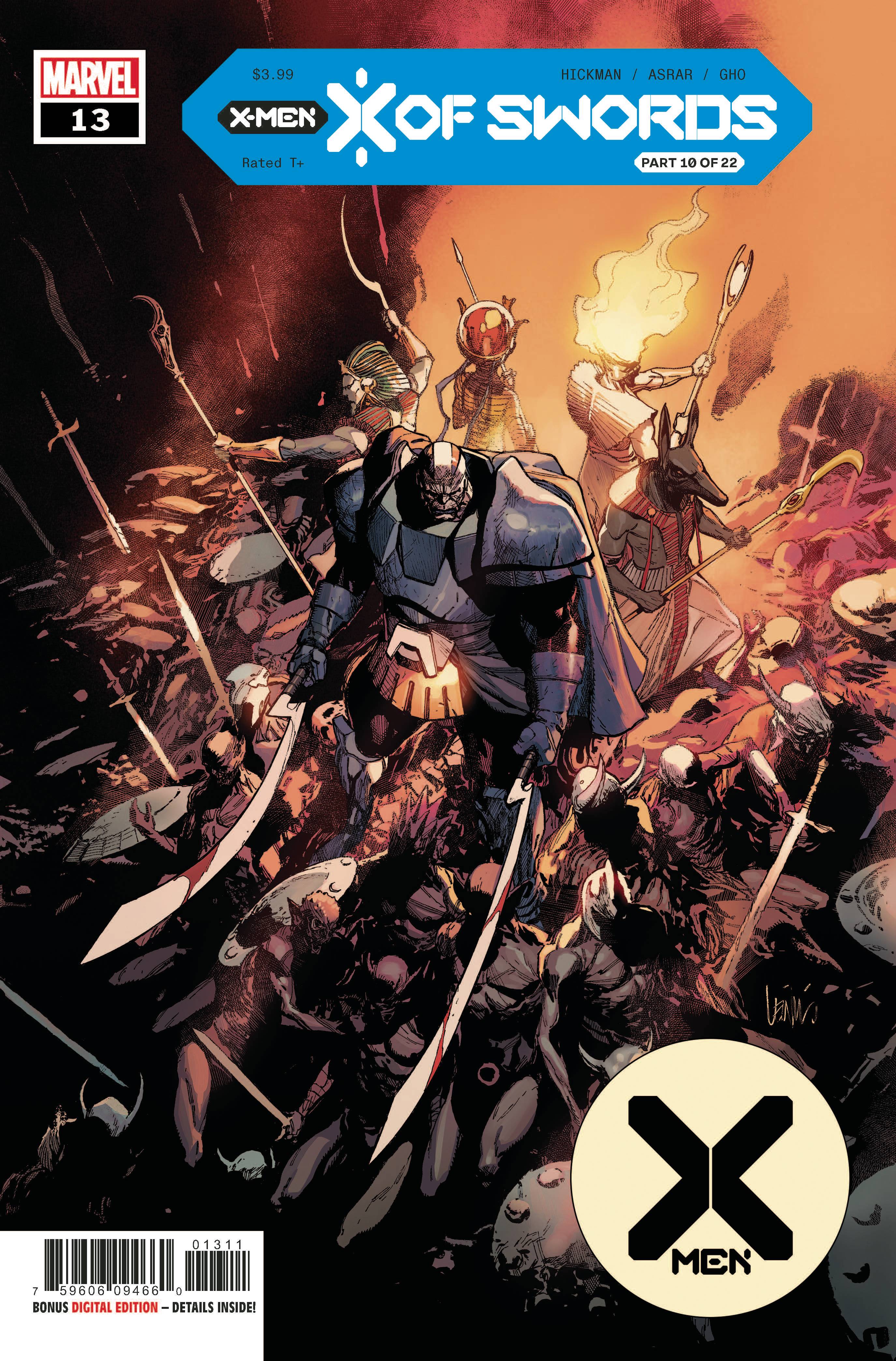 Previously in Court of Swords: Mutantkind is preparing for the Contest of Swords against the champions of Arakko. However, Apocalypse discovers that his children, the original four horsemen, are leading the charge against him. Apocalypse was badly injured but will his sheer force of will to survive be enough to allow him to take his spot as Champion of Krakoa?

THE TRUTH OF APOCALPYSE’S FAMILY

Healer and Hope are trying to save Apocalypse since the resurrection protocol is down. As he suffers through their healing, Apocalypse remembers his life on Okkara before the Twilight Sword tore the world apart. Apocalypse’s family was able to gain peace for a brief moment but Genesis received an ancient message from the leader of the Amenthi Daemons that changed her outlook. Soon after, the islands were torn asunder by the betrayal of Isca the Unbeaten. Genesis and their children stayed in Arakko while En Sabah Nur went to Krakoa to prepare an army that might stand a chance against the Dark god of Amenth. Apocalypse recovers from his wounds and gathers Gorgon to get his Scarab Blade.

It is interesting to see Apocalypse considered the weakest member of his family. He went to Earth to lead because he wasn’t strong enough to fight the daemons after the split Okkara. Is Apocalypse weak in the scheme of this event? Is Apocalypse just a product of grief from the loss of his family? Man, wouldn’t it be cool if the only reason why he is working with the X-men and the mutant nation is because they remind him of who his family was. There is so much potential storyline here and I am enthralled about the theme of family. The artwork here is also really well done. The interpretation of Okkara, the daemons, and Apocalypse’s family is incredibly imaginative and engaging. I overall enjoyed the issue.

BOTTOM LINE: A SOLID ADDITION TO THE EVENT

This event really features Apocalypse as the protagonist with everyone else supporting him. At the end of the day, the story is going to feature him and his family and I can’t help but wonder if this is going to be a tragedy. Will Apocalypse be able to raise his sword against his family? That is such an anxious question considering how tight some of the other characters are within their own teams and families. This issue is a 4.5 out of 5 from me because it truly made me think of its implications and themes. On top of that, it made Apocalypse relatable which is rarely the case for me.

Apocalypse must recover from his wounds to fight in the Contest of Swords!