Mister Sinister has come up with a master plan to try and circumvent the Trial of Swords! What does he have up his sleeve this time? Find out in X of Swords: Hellions #5 by Marvel Comics! 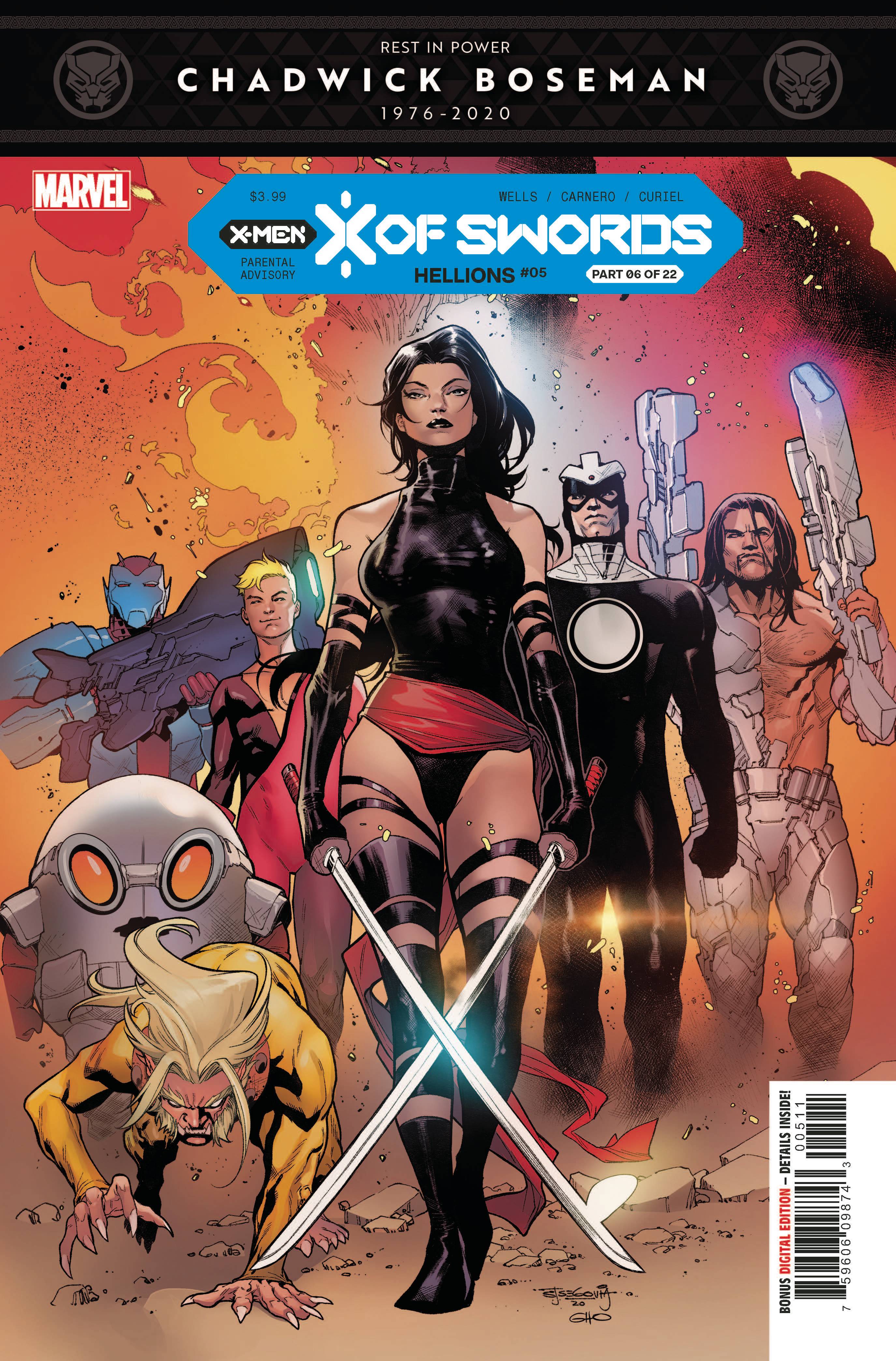 You can purchase this issue via the comixology affiliate link

A DUMB IDEA IF I HEARD ONE

After Empath was resurrected after being murdered by fellow Hellion Greycrow, Sinister approaches the Quiet Council with a daring plan. He wants his Hellions to go to Arakko and steal all of their swords to force them to forfeit. After much debate, the Quiet Council agrees to the plan but ultimately sends Mister Sinister to lead them and guarantee a victory.  None of the Hellions are thrilled with the idea of going to a land they can’t be resurrected from officially but orders are orders.

They arrive through the Avalon portal to meet King Jamie Braddock who is dealing with an unruly horse. However, King Braddock has strict orders not to let them through by Saturnyne. They strike a deal however, if they take the horse he will allow them to wander his lands without reporting their arrival. Unfortunately, the horse was stolen from Saturnyne themselves and they are now under arrest from her troops. Luckily, they have an Empath to take control of them and also get his revenge on Greycrow! They continue on to Arakko, hoping that this will be the last of their troubles.

A LITTLE BIT OF MANIPULATION

This story feels like a lot of people trying to influence other people. Mister Sinister tries to manipulate the council on this mission because of a small chance of success while not wanting to put himself in danger. Exodus manipulates the Council to send Mister Sinister on the mission. Mister Sinister then has a huge force of personality on the entirety of the Hellions and then King Jamie Braddock tricks the Hellions into taking the horse. Who do you trust? Who can you trust? I understand that this is the nature of the title but the tone goes against the crossover event as a whole. However, if they tried to follow the tone of the event, I’m sure I would find it off if Mister Sinister was suddenly playing nice.

BOTTOM LINE: NOT FOLLOWING THE TONE OF THE EVENT

I like the X-Men crossover event as a whole but this one felt very out of place. It did not feature a mutant looking for a sword but rather a way to circumvent the rules that have been set out. Tactically, this makes perfect sense for the story but it felt out of place in the narrative arc. It is like one set of writers is going right while this one took a sharp left. The art was well down, it was well coloured, and it felt like a Hellions book. However, Hellions doesn’t feel like it belongs in the X of Swords event. 3.5 out of 5 for Chapter 6 of X of Swords for me.

Mister Sinister is planning to send his Hellions on a dangerous mission!