By Christopher Rondeau on September 16, 2020 0 Comments

Storm has been infected with a machine virus that is going to kill her. She must come up with a daring plan or she will have to be resurrected! Find out more in Giant Size X-Men: Storm #1 by Marvel Comics! 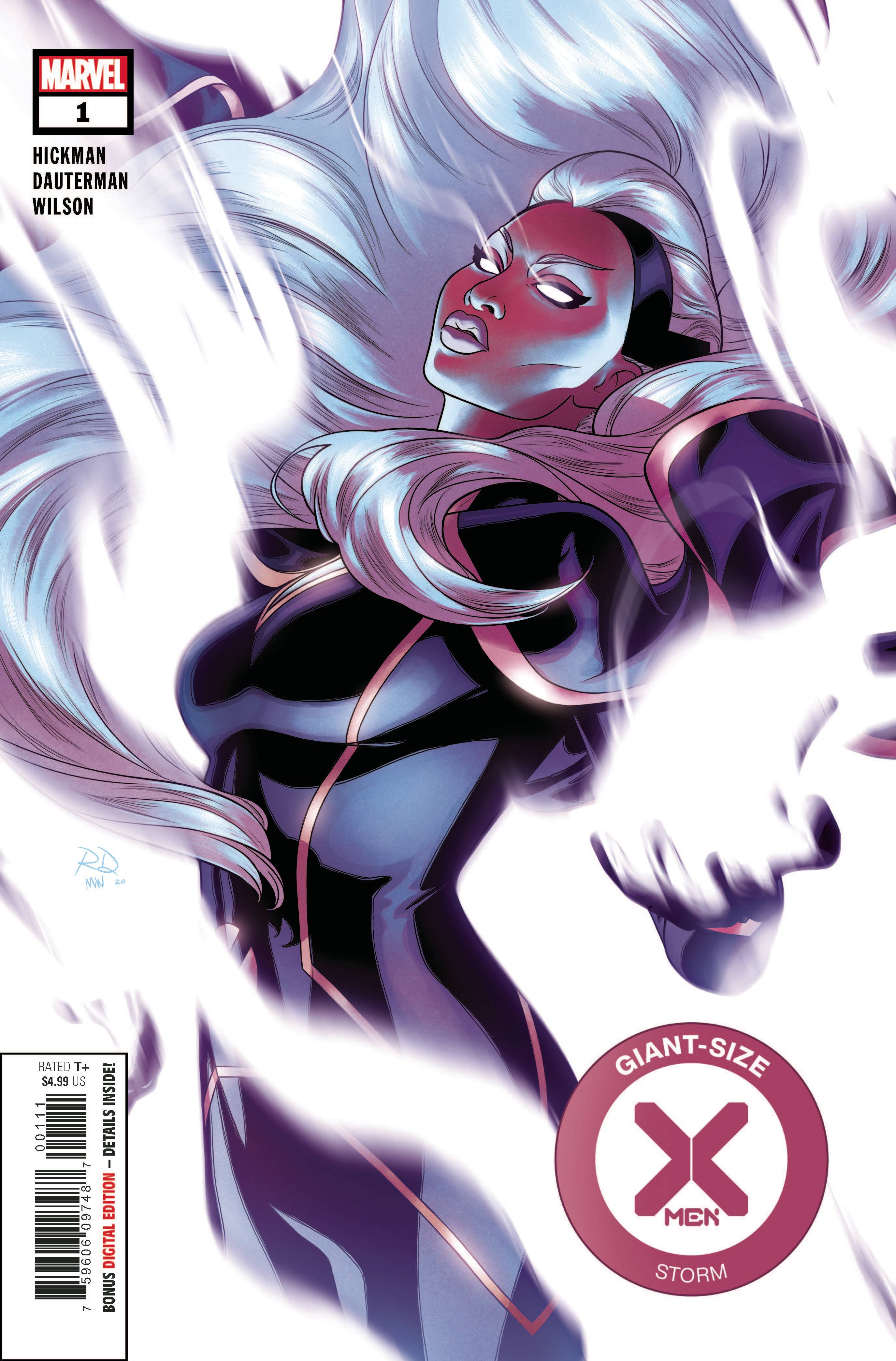 Previously in X-Men: After fighting against Orchis and the Children of the Vault, Storm has been infected with a virus with only 30 days to live. Seems like the best option to deal with it is to recruit Fantomex to break into the World and find a cure!

It seems there is no cure for the mechanical virus and Storm’s death is imminent. At least that is what everyone thought until Monet and Cipher figured out a daring plan. Recruit Fantomex and a turned coat A.I.M. agent and go into The World. The World is at its most chaotic with weird floating red pyramids and eye creatures with squid like appendages. The heroes begin to fight their way through but as Storm summons her powers she faints. The A.I.M. agent is able to find a way to remove Storm from the mechanical virus but they are attacked by more creatures. Luckily, Storm is healed just in time to unleash her full power against the impending force. Fantomex is able to find his twin while the A.I.M. scientist contains the virus. Storm and the mutants begin to walk away… but the A.I.M. agent and Fantomex remain in The World.

WHAT IS THE CONSEQUENCE?

Man, I had a hard time connecting to the issue. The story acknowledges immediately that Storm can simply be resurrected and therefore there is no real danger with going on this mission. In fact, all these characters except for the A.I.M. scientists aren’t at risk. They will simply be returned to life! That is a terrible crux to deal with because I couldn’t get invested in the action and there was quite a bit of it here. I understand that even if you can resurrect doesn’t mean you want to die but there was no excitement. I really don’t think this resurrection process is going to be able to last long term in the X-Men continuity.

I don’t think you can give a book a theme of mortality when you can be resurrected. It just doesn’t work for me. While the art is good and the action is well written, the story takes the depth of the theme and ignores it. Perhaps if the comic didn’t point out the fact that resurrection exists I could have ignored it but Emma Frost told Storm that she is just going to come back after she dies. Because of this, this story is a 3 out of 5 stars for Giant Size X-Men: Storm #1.

Storm goes to the World to try and rid herself of her virus! With Storm, Monet, Cypher, and Fantomex be able to find a cure?