X-Factor Investigations has been reinstated and they have dozens of cases already to solve. Find out how Northstar leads this new mismatched team in X-Factor #2 by Marvel Comics! 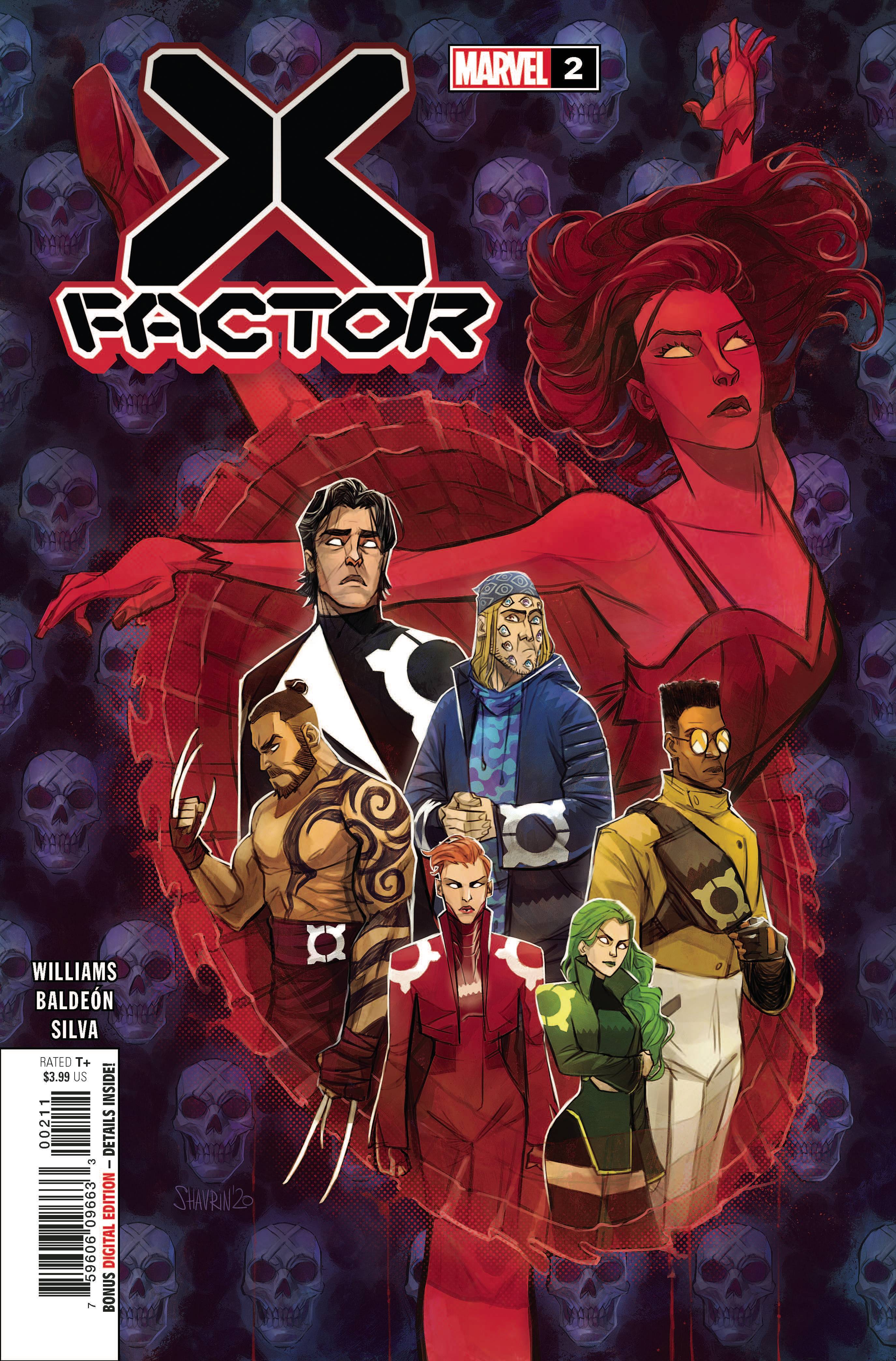 Previously in X-Factor: Northstar gathered a team to look for the corpse of his sister. When they found her, they were able to resurrect her and X-Factor Investigations was reinstated. Polaris, Daken, Prodigy, Prestige, Eye-Boy, and their leader Northstar are in charge of finding evidence of missing mutants and see if they need to be resurrected by the Five.

Aurora returns back to the land of the living and heads to the Boneyard to meet her brother but finds a package on the doorstep. The package contained a bloodied slipper with a logo on it. Prodigy is able to track the logo to the Mojoverse and X-Factor prepares for the case! In the Mojoverse, they end up on a reality live streaming show and Daken is immediately voted off. Now the X-Factor team must pursue a sponsor to continue on the show and they find Mojo! The crew gets impatient and instead just attacks him. Mojo reveals that a mutant died trying to get the top live-streaming spot. X-Factor then heads over to the Spiral’s Studio to find out more but are ambushed on the way! Meanwhile, Aurora is watching all this on the television back on Krakoa.

THE WORLD OF LIVE-STREAMING

It is interesting to see that the impact of twitch and youtube has had on the media that this plotline can exist. This idea that you can send out an image and get immediate feedback is so mind boggling to see on the comic page. We see this primarily with Daken who is rather abrasive and gets downvoted immediately and kicked off the show. Then we see some of the comments on X-Factor’s appearance and people make assumptions about these people. But it is such a superficial judgement on one’s character. I know these characters from the first issue and some of the assumptions made were wrong or rude. It is interesting seeing this in comic book form when it isn’t a second thought in my day-to-day life.

But back to the point, X-Factor has the option to be an amazing comic book. To take these “secondary” x-men characters and explore them in depth could be a crucial statement on diversity and coming together as a mismatched group. The story has great art and great ideas but I think it suffers from pacing a bit. Some things feel slow while others feel rushed. When you take several pages to introduce Aurora to the group but then go through this online “screening” process in a page was a bit jarring. If they can figure out how to control the cast of characters on the page with consistent pacing, we will have a great series.

BOTTOM LINE: STILL ON BOARD

After the rushed first issue, I was hesitant to pick this up. Yet I am glad I did because it gave me things to think about and held my attention. While this issue still has pacing issues I think it was stronger then its predecessor. If they keep an upward momentum this book can be on par with the X-Men title and Marauders. 3.5 out of 5 stars for X-Factor #2.

X-Factor Investigations is back in business! With a new team, they head into Mojoverse after receiving a mysterious package.