The Advanced Player’s Guide dropped on July 30th and has added a bunch of new character creation options for your Pathfinder Second Edition Game. Come check out the TTRP Corner first look at what is in this new book! 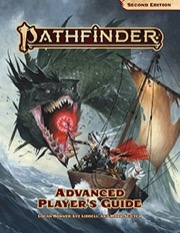 The Pathfinder Advanced Player’s Guide is a resource to expand upon the Core Rulebook and adds more options for players. The Core Rulebook already had a ton of choice but this supplement adds five new ancestries, four new classes, and a bunch of new archetypes. On top of that, the book moves away from what we would consider Tolkien fantasy which allows for more unique stories.

In case you are unaware, Pathfinder Second Edition has changed the name of races to ancestries and subraces have been renamed to heritages. In this book, we have five new ancestries and I wanted to take a moment to highlight what they did with orcs and kobolds. Orcs often have flaws to their mental stats in tabletop roleplaying games

and I was pleasantly surprised to see that their version of orcs allows them to be any class they want without any sort of drawback. Kobolds get the same mindset. Often their mechanics represent their cowardly nature but in this case Kobolds are descended from dragons and get a dragon’s breath. Seeing less popular ancestries get more depth to them mechanically and lore is a refreshing change of pace.

The game also features a new type of mechanic called versatile heritages that can be tacked on to any ancestry. Tiefling and Aasimar have been moved from a main ancestry to a versatile heritage, meaning any ancestry can have angel or demon blood. No longer are they simply variants of humans but rather an adjective added to your main ancestry. My dwarven Tiefling and Catfolk Aasimar concepts are now back on the board!

This book features four new classes that add a variety of new play styles. This includes oracle, squashbuckler, investigator, and the witch. I was most excited about the witch class because it gives another intelligence based caster that gains their power from a patron. I love the idea that you have an alternative to a wizard and have access to all the spell schools. The patron choices give you a hex cantrip mechanic which is unique to this class. I am impressed that each caster has something unique that separates their spellcasting counterparts. 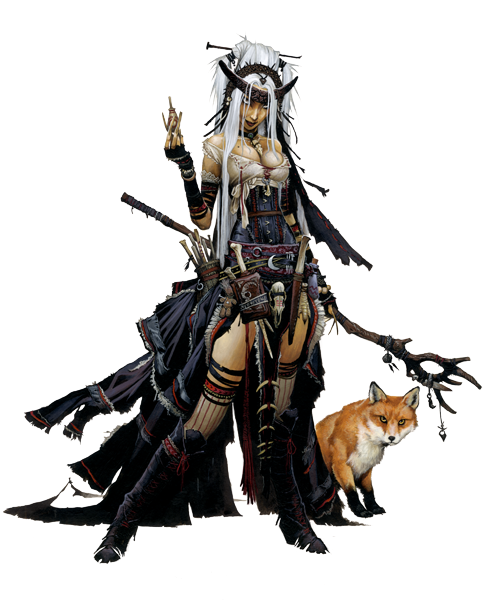 The book also features a ton of archetypes that replaces multiclassing and prestige classes. Instead of taking some of your class feats, you can instead choose to take a feat from an archetype to gain a different set of skills then what your class would normally allow. This feature is mind blowing because multiclassing can really break your character to either be super powerful or almost incompetent. However, I often sit down and try to create a concept that can’t work in one class. I want a monk with a pet or a barbarian that is a healer of some sort. This archetype system allows me to really play a character concept that is able to keep up with the rest of the party.

The rest of the book gives you some more options including spells, feats, and items. While this is only a minor section of the book, it fills in some more holes that are needed within the game and gives players more choices. Pathfinder 2e has been around for a little more than a year now and we have gotten so much more content. This section shows that they are willing to make sure the small stuff is there as well as the new large class, ancestry, and archetype additions.

This is a lot of content to include to the game. For me, this turns the game from a huge core rulebook to overwhelming. I am fortunate that this is my full-time job so I can take the deep dive into this game. During Gencon 2020, they already announced the next few books including another bestiary and a new supplement featuring the Magus and Summoner classes. This is insane that we are getting this much content and it is impressive to see it in my opinion. If you are looking to hop into Pathfinder 2e, I would suggest you come in with a character concept first and figure out the class and mechanics to suit it. If you try to read the entire rulebook before you come up with a concept you may find yourself overwhelmed.