Bruce Banner has had trouble controlling his powers but at his scariest was when he took on the mantle of Maestro! Come check out his origin in Maestro #1 by Marvel Comics! 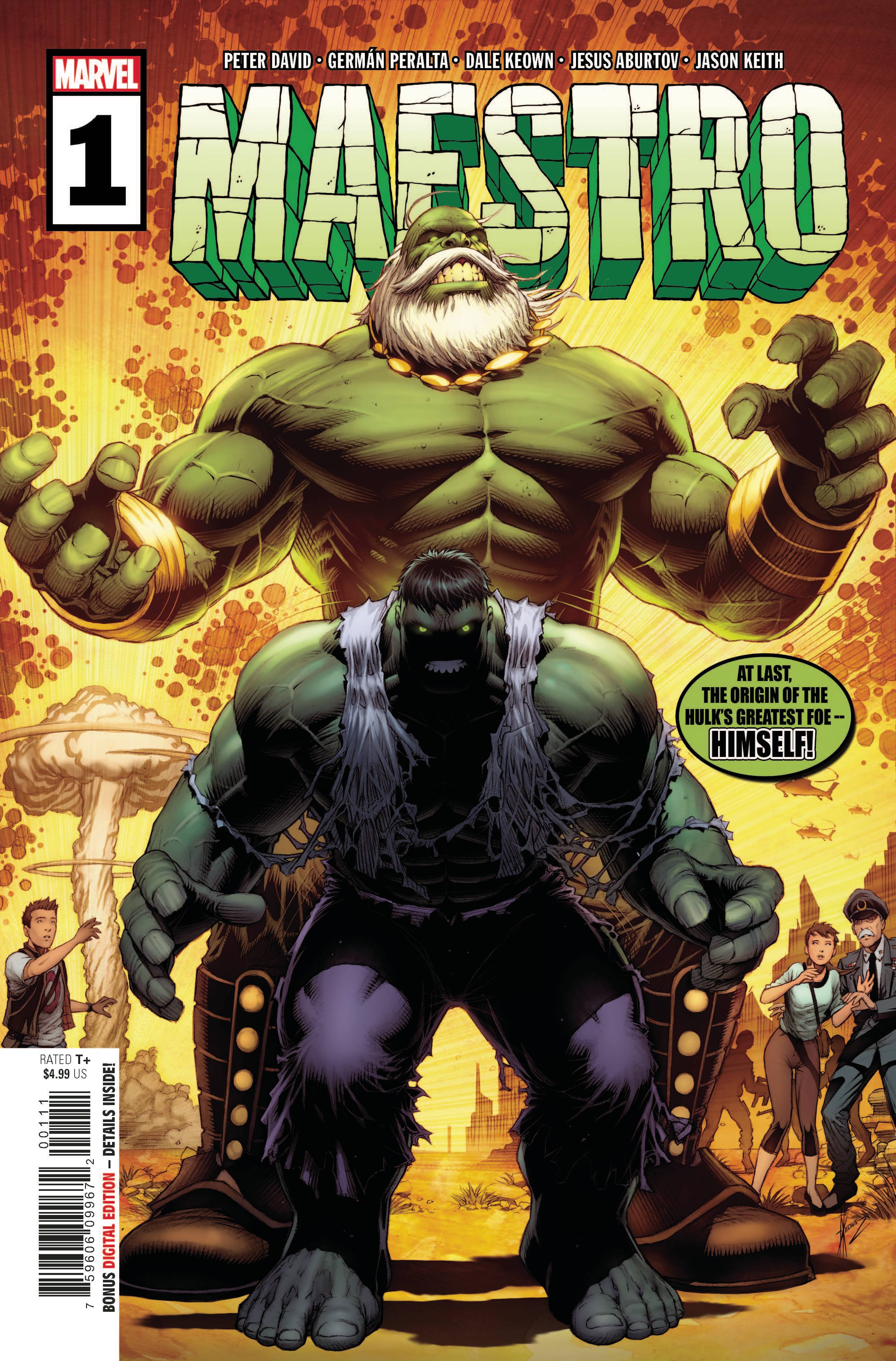 Previously in Maestro: Bruce Banner and his alter ego, the Hulk, is one of the strongest beings on earth. When he can control his anger in Hulk form, he is even more formidable. Once, Bruce traveled to the future and met his older self, a tyrant known as Maestro. Now we get to see what turned the uncontrollable superhero to the insane tyrant he is destined to become.

SYMPHONY IN A GAMMA KEY

Bruce Banner has a perfect life. He and the Hulk form has reached a balance. He is married and has two happy kids and the Avengers team seem to have his back. Until his family begins to glitch and he wakes up in a simulation room kidnapped by A.I.M! When he begins to engage with M.O.D.O.K. he realizes that technology is more advanced and his enemies are a lot older then he remembers

M.O.D.O.K. reveals that the world killed itself. First a terrorist group planted bombs in the United States and Moscow and this led to World War III. Then after the war took 60% of the world’s population, a group called the Black Scythe killed the rest. A.I.M. took people who flourished in radiation with the goal to rebuild once the radiation settled. With this new knowledge, Hulk runs off to see the damage for himself.

DESTINED TO KILL OURSELVES

I found a particular line very interesting in this issue. Hulk mentions that the heroes were too busy solving the world’s problems that they didn’t do anything about the smaller issues. Who cares about gun control when the world is about to be destroyed by the Red Skull? Beyond the real world political statement, you can already see how the Hulk transitions from being who he is to the villain he becomes. He is a man who lost everything and has the power to take complete control so no one else has to feel his pain. It is an interesting look into human (and the Hulk’s) psyche.

This is going to sound odd, but there is something aesthetically pleasing about destroyed buildings and post apocalyptic content. It is a provocative image when you see a shell of what something used to be. The creative team did an incredible job drawing this new setting. Additionally, Hulk as a character has such a huge presence on the page when he is angry. Balancing such a large creature when he is emotional compared to when he is calm is incredibly difficult but they accomplished this very well here!

I haven’t thought about Maestro much as a character because I don’t really like heroes turned villain. However, watching this narrative arc begin is rather engaging because his emotional state is so believable. I’m excited to see where this miniseries goes and I want to see more about the state of the world as well. 4 out of 5 stars for Maestro #1.

Come check out the journey of Bruce Banner who turned into the tyrant of Maestro from the superhero Hulk!