By Christopher Rondeau on August 5, 2020 0 Comments

Essen Breaker has been trying to become a better person. But it is hard to be a better person when your enemies are kidnapping children. Can the Devil’s Son and a Skineater rescue the missing children? Find out in Reaver #10 by Image Comics! 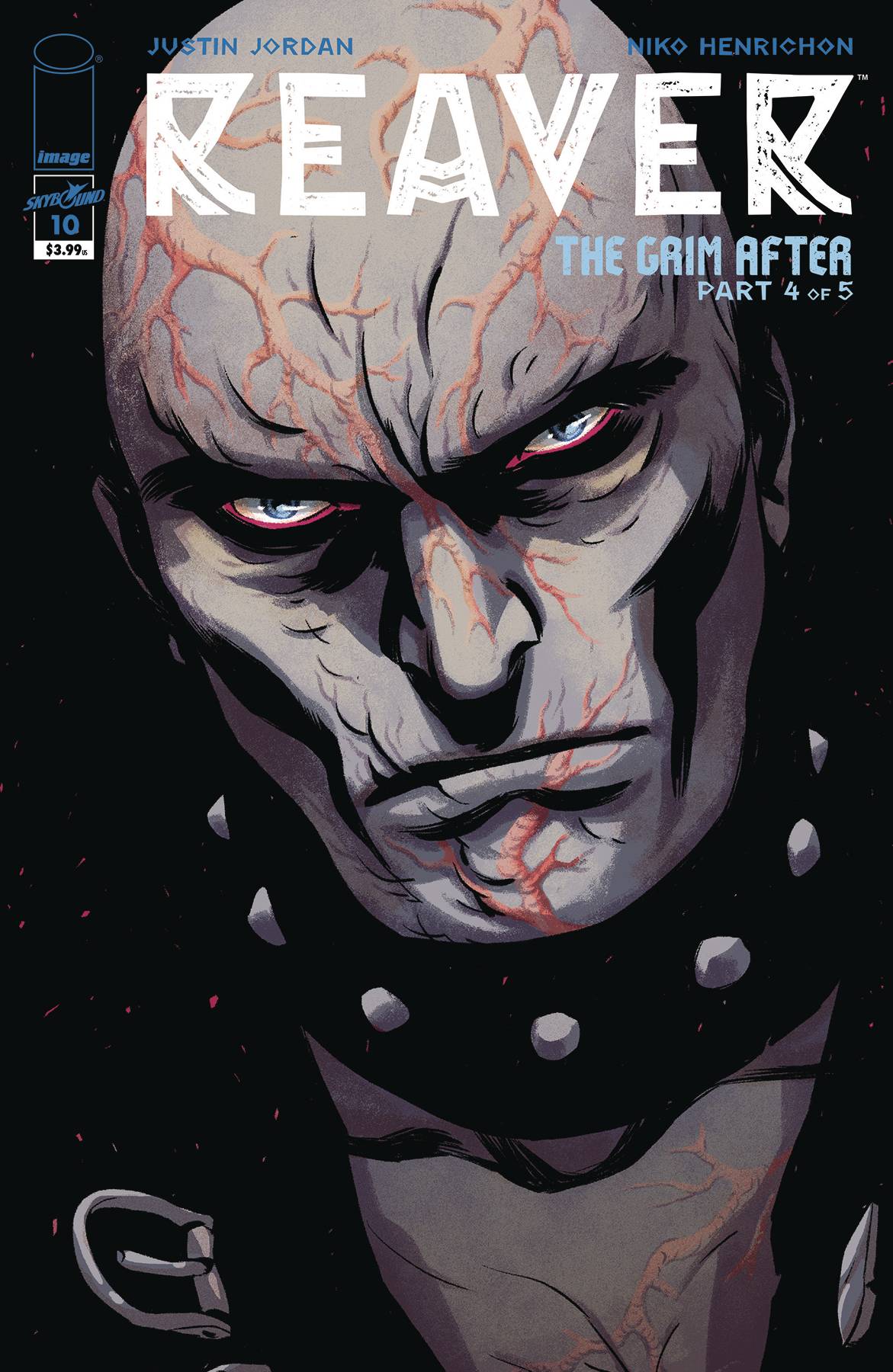 Previously on Reaver: Reaver’s current arc discusses a theme about bad people trying to be better. Essen Breaker ran away to Haas Haadan to try and start over. But he instead finds himself in the middle of a conspiracy. Luckily for him, Rekala followed him to make sure he was alright. The conspiracy deals with children missing, a potion that makes its user super strong, and on top of that Breaker is trying to not to kill anymore. Will he be able to find the children, save an old friend, and not return to being a killer?

The issue opens within a factory where men are drawing runes on children, then bleeding them alive to get an alchemical regent for their super strength potion. Luckily, Rekala is on the scene to save the kids while Essen wields his two axes to break through the guards. Essen is able to return to his role as killer easily as he mows down opponent after opponent. Inside, Rekala is able to save the children but engages with the man in charge of the operation. Her goal is just to stall until Breaker can get inside. She succeeds and Breaker is able to throw this man into a door. But it is revealed that his old friend, Bren, is actually working for this operation.

I was thinking about the transition between the previous arc and this one. The old arc had a lot at stake. The heroes were poisoned and needed a cure and the fate of a nation depended on the protagonists actions. Now we take the survivors of that previous arc and lower the stakes and lower the threat. The intensity lies because both characters can just leave. However, Essen is trying to become a better person and Rekala won’t leave Essen. With the smaller cast and more room for them to make decisions, we get a tighter and better story.

The spotlight is on Essen but I’m more interested in Rekala\s motivation in this issue. She is here for Essen but I don’t know why. Why does she care what happens to this killer? What in her story prompted this motivation? I hope that after we have the Essen arc we learn a little more about her. She is such a wonderfully scary character and every time she bites someone’s neck off you are terrified. Then she has such a tender heart when it comes to Essen and making sure he is safe. What a fantastic and mysterious character!

I really enjoy this grimdark fantasy. There is something amazing about the depth of the characters that we didn’t get to explore in the first arc. Essen Breaker is having so much doubt about his actions that creates engaging character development. I want to root for this guy even though he was a bad man who did a lot of bad things. 4.5 out of 5 for Reaver #10 by Image Comics!