A new hero has arisen. One that is truly representative of a teenager of our time. She is addicted to technology, a fierce character, and has a strong desire to change the world! Come check the All-America Comix by Image Comics. 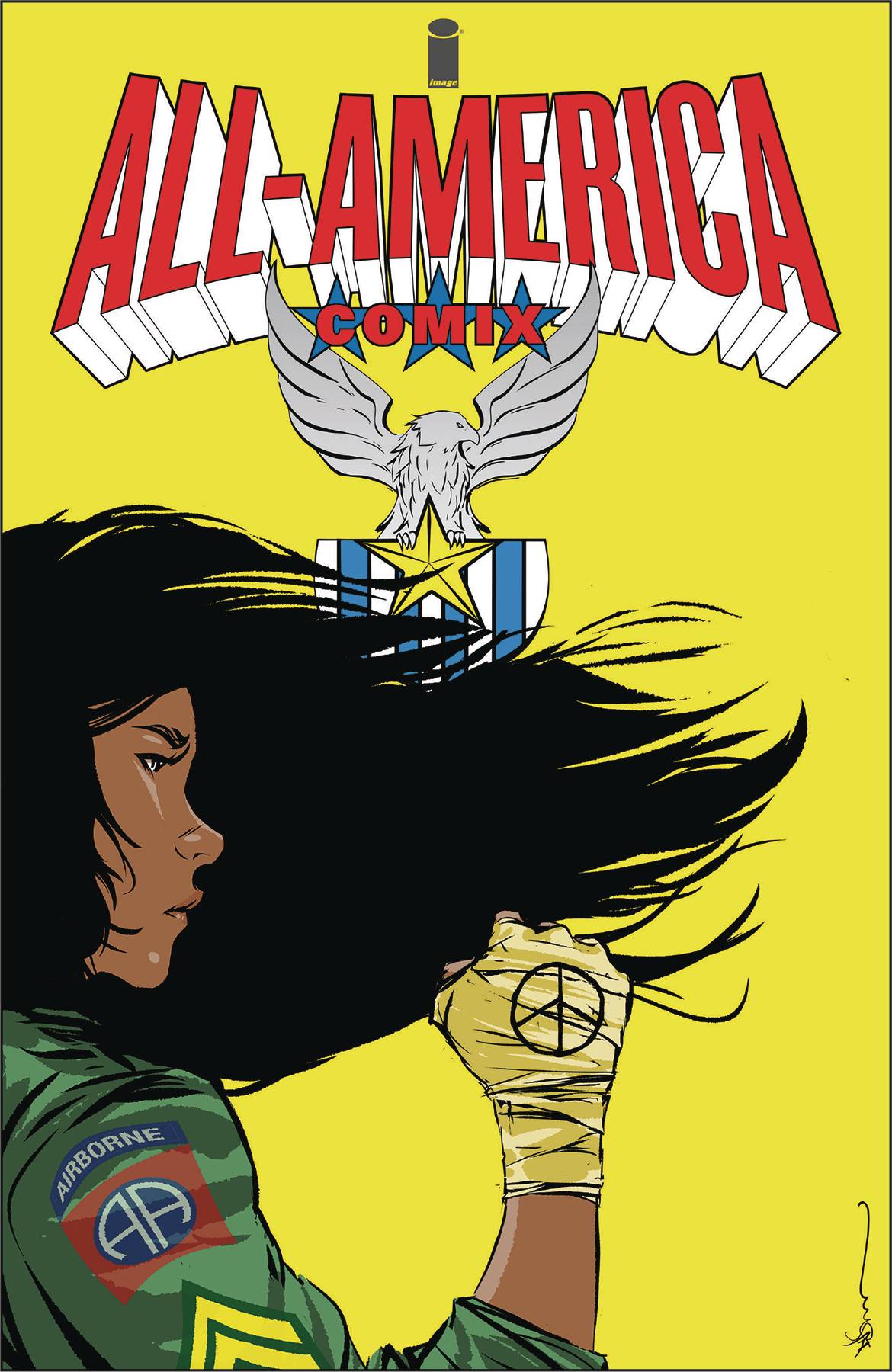 Previously on ALL AMERICA COMIX: America Vasquez is a new hero in town who doesn’t want to do things the old way. She begins to learn the secret to reality and the universe and must decide what she should do! This story is created by Joe Casey and Dustin Nguyen who brought you Wildcats 3.0. It has been fifteen years since they have reunited to create a comic and they are sure to bring us a unique product now!

America Vasquez is a superhero for modern times. She has flight, super strength, invulnerability, and the ability to teleport. She also uses things like Instagram to begin to document her journey of fighting crime for what is right! Through one of the encounters, she is approached by an Avenger-esque team. (Literally has a star and stripes person holding a shield and a female Thor… luckily Thor as a name isn’t copyrighted). She rejects them for perhaps being a little old school and flies off. She then goes and encounters a Dr. Doom-esque character despite his diplomatic immunity and you realize her naïve nature. As she was teleporting back to her home, she was thrown out of her travel and found herself outside of reality. She then learns that perhaps her world is just simply… all a dream.

I was looking forward to this book but I think the story kind of fell short. America felt like a stereotype of a millennial or Gen Z at times. And I understand sometimes comic books get into their tropes but I think we could have made her a little more unique. Either the character needs a little more fleshing out or the plot needs to move a little faster to keep me interested. There are some great ideas but ultimately I think there needs to be a little more work here.

I enjoyed the themes that the story is presenting. Ultimately, a young person has the key that could change the fate of the world. I want to see America try and take this information and then be considered a child. I want to see her overcome this trial and become a better person because of it. And I fear that we have set up a precedent that she is going to tackle this problem by herself and I don’t know if that is the story I want.

I was drawn to this idea of a younger superhero with modern resources and trials. However, I don’t think America came out much better than a caricature. I want to see this character fleshed out and perhaps in issue 2 we will see that. The art and writing was decent but it didn’t really go beyond a simple idea. 3 out of 5 stars for All America Comix.