This past weekend was the D&D Live 2020 online event! They announced their next adventure and had multiple live streams with an assortment of cool guests! Come check out the highlights at this week’s TTRP Corner!

Wizards of the Coast and Hashbro normally have an event in Los Angeles every year for Dungeons and Dragons. This year they went online and were able to invite a plethora of guests! Wizards have partnered with Red Nose Day and are matching donations from the event. Here are the things that caught my eye.

The most interesting group this weekend was a project called “Reality RP.” A group of people are doing part LARP and part reality TV. Throughout the event, actors will release clips and tweets and the audience have to figure out who is a cultist. This is an interesting idea that keeps people interactive throughout the whole event weekend. 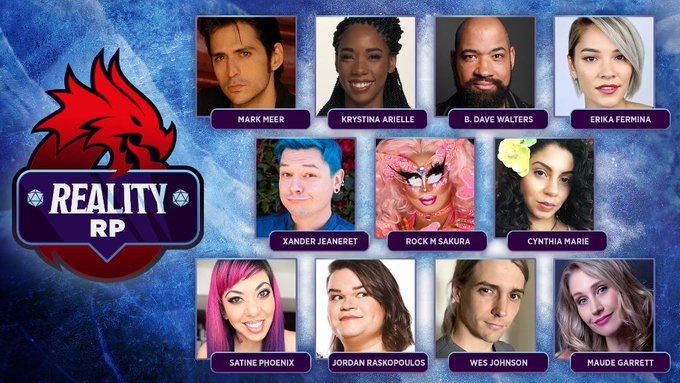 There were several other one-shots that featured different groups of people. They included a selection of actors, comedians, and wrestlers that came together to play games with the WOTC team. A few of the Game of Thrones cast came together to play a fun filled adventure where no one stopped laughing. I enjoyed the Lost Odyssey Heroes where actors who played superheroes in movies came together to bring this adventure. This cast included David Harbour (Hellboy) who played Kenny Kaboom a fire sorcerer and Karen Gillan (Avengers) who played a dragonborn scared of fire! A lot of talent came to play at these live shows and shows how far TTRP has come in the last few years.

Mica Burton and Anna Prossner hosted Chris Perkins and Jeremy Crawford to announce the next adventure being released! ICEWIND DALE: RIME OF THE FROSTMAIDEN takes us to the frozen north and gives us an adventure against Auril, the Frostmaiden. An evil deity that is sure to be up to no good.

The book features a level 1-12 horror adventure in Icewind Dale. I’m really curious about how they plan to introduce this “horror” genre in a way that is truly scary. Will it give you the tools to truly make the world terrifying for your players? For previous 5e adventures, the fear is that your character will die but that doesn’t make the game necessarily scary – it just means to be prepared to make new characters quickly. I wonder if they are planning to add a Call of Cithulu like insanity mechanic to represent fear in the player characters.

They do however plan to add survival mechanics to make sure you can survive the frozen north. Can you survive natural disasters like Avalanches and Blizzards?. This is something that has been missing from the core rules. Wizards have an extensive random encounter tables but ultimately things like weather are left to the GM. With mechanics, we can then figure out how to combat the weather and give mechanical awards or consequences. They mentioned that the idea of isolation and survival in the frozen wasteland is something that is very prevalent now but they did not predict it two years ago when they started to design this book. Hopefully this will allow a connection to some of the themes of the game. 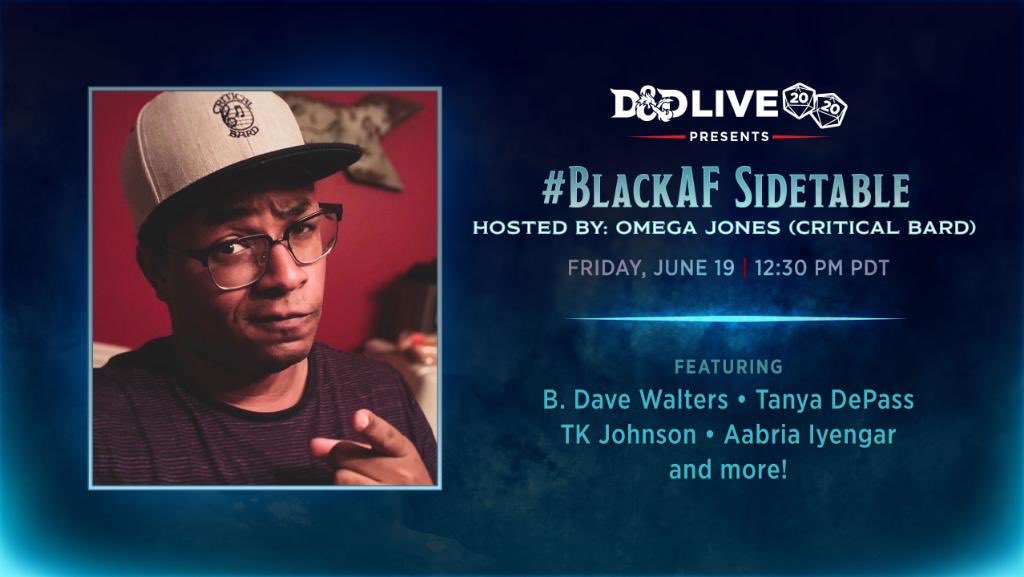 On Juneteenth, Wizards gathered a crew led by Omega Jones (Critical Bard) to talk about being black in the world and the gaming community. They discussed issues of race and how race is perceived within the game itself. Conversations talked about how Orcs, Drow, and other races are represented at the table and how certain tropes can negatively impact the table. They then take it further and explain how these scenarios represent their reality. It was an in depth discussion and I am very happy that Wizards created this space to discuss these issues and concerns.

The point that needs to be emphasized is for GMs to introduce safety precautions within your game table. There are resources that you can use to make sure you don’t approach an insensitive topic at the table. You don’t want to include slavery at the table because it could affect the fun or comfort of someone. You also should be wary of how you represent certain races and making sure you don’t treat them as all evil simply for the ease of lumping one race together. It is an intense topic and ultimately the comfort of your players comes first.

There is a lot of cool content coming out of Wizards of the Coast and I am glad that COVID-19 did not cancel the event. Wizards announced some figurines and clothing as well within their product line. I liked the game play from Baldur’s Gate 3 and will be getting that game fairly quickly once released. Interest in Tabletop Roleplaying Games and D&D are increasing and I am interested to see what the company does in the future.