Every generation has a slayer; a chosen one. They have the skill and strength to fight vampires, demons, and other supernatural forces. Come check out three stories following different slayers in Buffy the Vampire Slayer: Every Generation by BOOM! Studios!

BUFFY THE VAMPIRE SLAYER: EVERY GENERATION #1 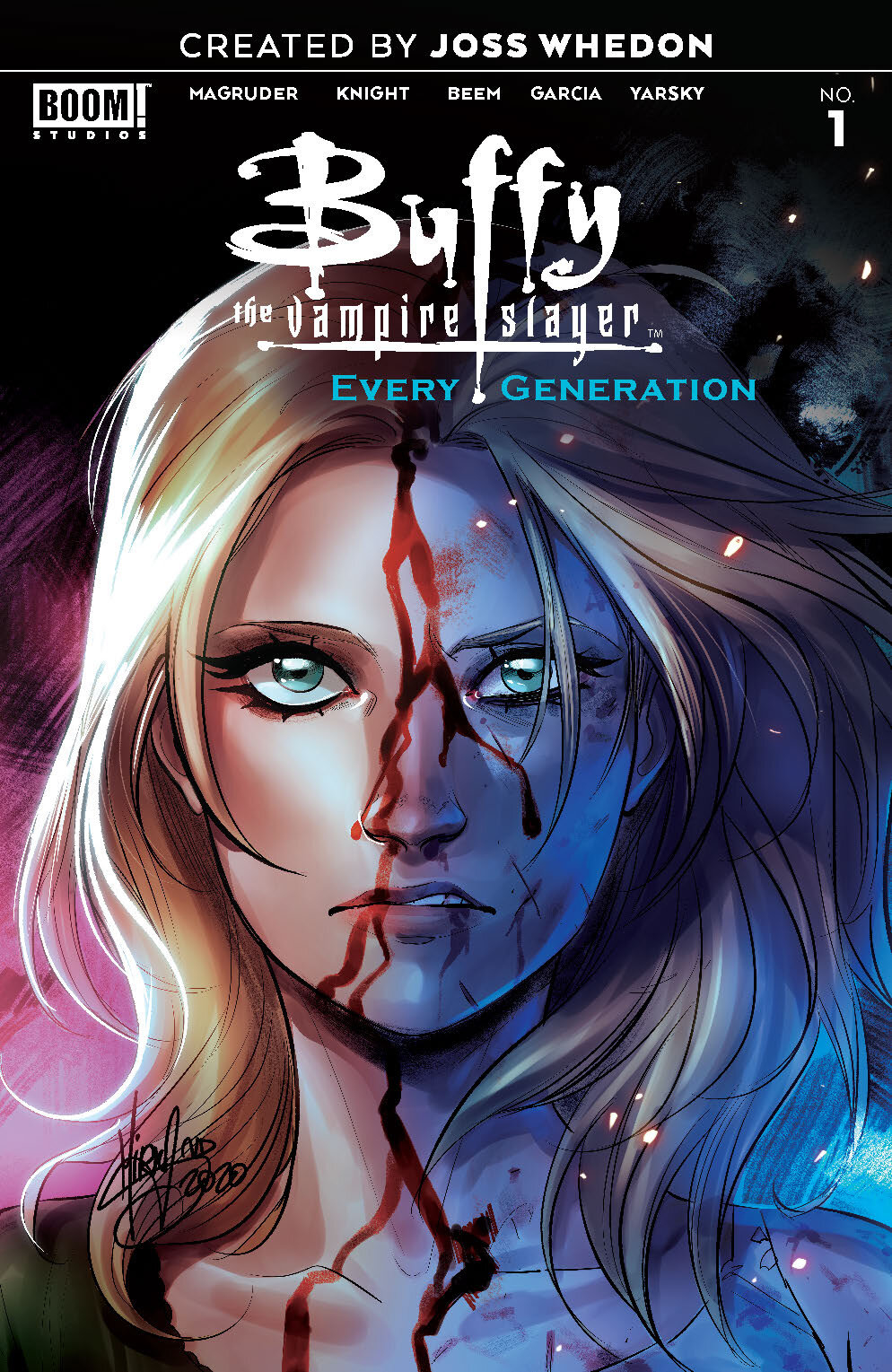 Previously on Buffy: Buffy Summers is a “slayer”; a woman chosen to battle evil forces and grants her special abilities. Since its inception, the title has had a 7 seasons tv-show, a spin-off show, novels, comics, and video games. This comic features not only Buffy but two other slayers who were chosen in history! The book features three stories and follows Buffy in “Where All Paths Lead”, Matay in “The Hilot of 1910”, and Una in “The Sisters of Angelus”.

The first story features Buffy trying to close Hellmouth; a portal to the demon world. She encounters a demon known as Agog. Agog doesn’t immediately try to kill her and offers her directions to the Hellmother who has opened the portal. The Hellmother is disappointed that Buffy did not bring her a vessel for her to occupy and they end up in a scrap. Buffy loses and is knocked unconscious. She is awakened by Agog who reveals that the Hellmother has consumed the world.

The second story follows Matay and is based in the Philippines. During the winter, her village is attacked by an Aswang, a creature that was once a woman but cursed with magic. Matay tracks the Aswang but the creature is a guardian not a killer. The slayer and the monster team up to handle the threat who was simply a human. The last story is set in Dublin where Una is investigating a kidnapped friend. She finds Kerry in the Angelus Asylum, a place where people send their troublesome family members. Una discovers that Angelus Asylum is actually run by nun vampires and she uses magic sunlight to fight the creature.

Buffy’s theme has always had an element of destiny and fate. Buffy and all the slayers were born as chosen. Slayers are put into a lifestyle where you die young and is guaranteed to be dangerous and violent. It is interesting watching three different slayers deal with the same question. Una and Buffy get seriously injured in both stories and Buffy even seemingly fails her quest. Matay’s worldview is changed when her enemy is a human and not a demon. For myself as a writer and a game master, it is interesting to watch the same idea portrayed in three different ways.

All three stories have a different creative team and all three styles were very different. For myself, the third story appealed to my tastes the most. The stand out picture was seeing the nuns of Angelus Asylum for the first time. The picture has splashes of red that really emphasize that Una was getting into a dangerous situation.

My main takeaway is that the stories are very different and will appease to different tastes. Meaning that the entire book isn’t going to appeal to you. I recommend the book if you are interested in other slayers but I don’t think this is a must read. 3.5 out of 5 stars for Buffy the Vampire Slayer: Every Generation #1 by BOOM! Studios.

Buffy the Vampire Slayer: Every Generation