Reaver is a dark fantasy story that exists in a moral grey area. Follow Essen Breaker and Rekala in a story arc of murder, mystery, and lots and lots of blood in Reaver #8 by Image Comics! 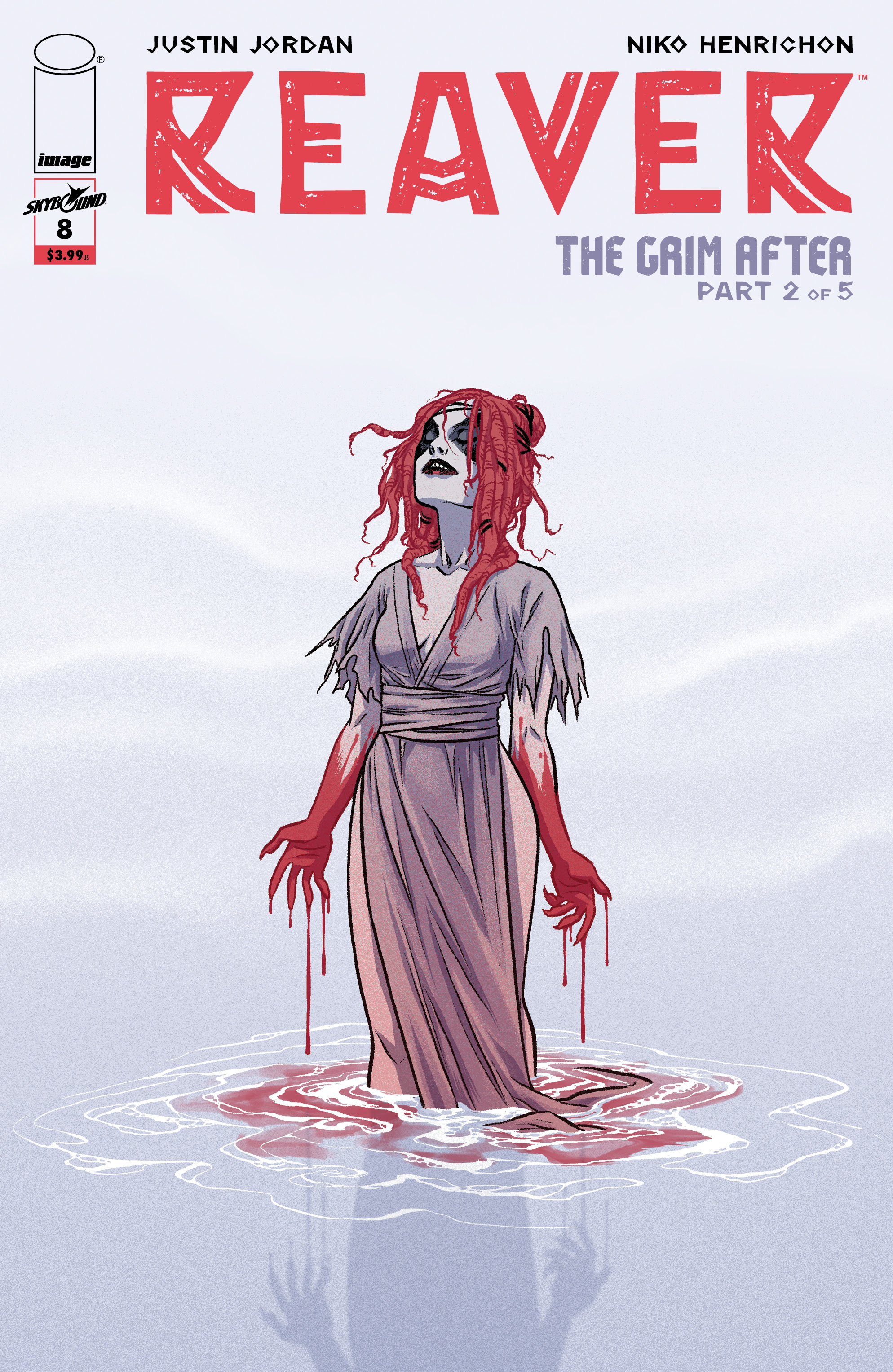 Previously in Reaver: Reaver has had some crazy storylines in their first story arc that is not afraid to make the reader feel uncomfortable. In this second arc, we follow Essen Breaker. Breaker is trying to escape the violence and has traveled to Haas Haaden. However, in Haas Haaden children have gone missing and as he discovers the truth he is almost led to his death. Luckily, Rekala is there to save his life before he is killed and burned alive.

THE GENTLE GIANT AND THE SKINEATER

Rekala luckily showed up right when a killing blow was about to land onto Breaker. After a brief engagement, she is able to lead Breaker away from the burning building and patch up his wounds. Essen then talks to an old war buddy about the fact that Rana, an orphan, died when she was getting kidnapped because he couldn’t stop it. He then resolves that despite all the bad things he did while in the military, today he was going to do better.

Essen and Rekala then begin to look for “Stagger”, the person who is in charge of kidnapping the orphan. Their investigations lead them to a boat in the dock. One of Stagger’s men has a potion that he sniffs and increases his strength, speed, and physical capabilities. Essen engages with the main mob while Rekala engages with this new super soldier. However, it is a fight she can’t win and Rekala is thrown into the dock waters.

Breaker suffers from PTSD from his time in the military. He must have done some crazy things and is fairly haunted by his past and ultimately doesn’t wield a weapon because he doesn’t want to kill. Rekala acts as a great foil because she is a skineater and dealing with blood is kind of her jam. Putting those two together is going to be interesting because Breaker is probably going to become a little more evil and Rekala may be a little more compassionate at the end of the story. The issue ends on a cliff-hanger with Rekala’s life in danger. I wonder if we are going to see Breaker break his own nonlethal oath to save her.

I struggle with stories that involve kids as well. The book is very visually stunning and grabs your attention. Seeing orphans kidnapped is extremely difficult for me and therefore I root for our protagonist a little more in this story. I always applaud creators for approaching interesting and tense topics but I would not recommend this book for a young child.

This arc has gotten a new artist and I really like his style. It is quite breathtaking when it needs to be but also adds details that make scenes tense. I like the textures of the background and Niko spent time making sure there was depth and shape to them. Often, I find that backgrounds are flat and don’t add much to the story but this artist went above and beyond. Best panel for me is watching a shirtless Breaker stand up and commit to being a better person. The tension in the body and the confidence in his posture allowed me to see his emotions and psyche perfectly.

Reaper struggls with having a huge cast of characters and needing to establish them. The ideas in the series are great but it needs time to develop each protagonist. It looks like they are taking the time now to work on each character. And I love it! I’m reinvigorated to check out this grim-dark fantasy series. 4.5 out of 5 stars for Reaper #8 from Image Comics!