So You Want To Read Comics (Shakespeare Edition)

Love him or hate him, or think he’s actually Edward de Vere, there’s no doubt that the impact of Shakespeare’s works can still be seen throughout language, pop culture, and all types of art. It says a lot about Shakespeare’s plays that while they were originally designed to be performed as live performances, they lend themselves to adaptation so well and have merit from multiple angles. There have been movies, musicals, novelizations, and yes, even comics all inspired by or directly adapting Old Billy’s plays.

It’s difficult to explain why Shakespeare’s writing has stood the test of time.  I mean there are whole college majors devoted to this. For me personally though, it comes down to two things: The language, and the characters. I don’t think I’m saying anything too radical here when I say that William had a knack for the English language, I mean we still use phrases today that originated from his plays. His characters though, they’re the true appeal for me.  There’s just no character in his plays that feel incomplete.  Even if they have only a handful of lines, you still get a sense of who they are, their loyalties, their desires, their motivations. With that being said, here are two comic book series that I think will appeal to any Shakespeare lover. 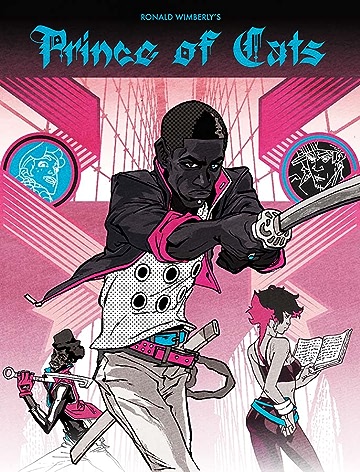 Take the events of Romeo and Juliet, show them from the perspective of the secondary characters like Tybalt and Rosalyn, set it in late 80’s New York City, dip the whole thing in hip-hop culture, keep the Shakespearean language, mix in a bit of urban slang, and then throw in some katana duels for spice, and you have Prince of Cats. With all of this going on, it’d be expected that this comic would be a mess of conflicting ideas and style, but it works. By the time you reach the 2nd act you’ll have no problem believing that this is just how things were back then.  Now, there’s definitely some similarities here with Baz Luhrmann’s Romeo + Juliet, but by not focusing on the titular characters, Prince of Cats manages to bring depth and causality to the world that goes beyond the love affair of two teenagers. 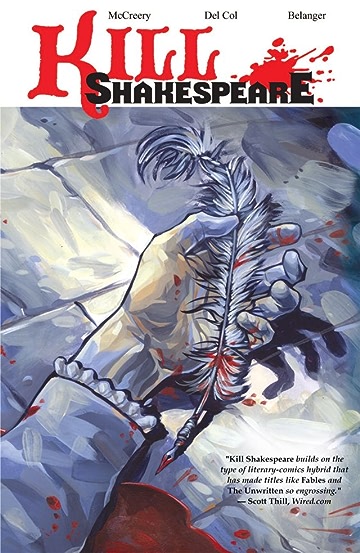 To be clear, Kill Shakespeare is not a reimagining or adaptation in the normal sense.  Instead, what we get here is a universe where all of Will’s exist alongside each other as well as interact within a classic medieval fantasy story.  Hamlet is believed to be the product of a prophecy, Juliet is a rebellion leader, there’s a political power struggle between King Henry, Macbeth, and Titus Andronicus, and so forth. So where this is missing on traditional Shakespearean storytelling and language, it more than makes up for in the number of characters seen. Also, while not necessarily telling these characters’ old stories, there are hints and clever allusions to those tales.  This series thrives on its “Oh, it’s that person” factor, making Kill Shakespeare a fun scavenger hunt for any Shakespeare fan.

So what do you think?  Are these titles appealing to Shakespeare fans? Do they represent The Bard’s work? Let us know in the comment section below and as always if you have suggestions yourself, let’s see them.