Before you see the BLOODSHOT movie on February 21, 2020, experience 159 of Valiant’s iconic BLOODSHOT comic books in a digital collection! Featuring every issue of every Bloodshot title published from Feb. 1993 – Dec. 2019, this digital volume lets every comic fan discover exciting new moments and revisit their favorite storylines – and all for only $20!

The Valiant BLOODSHOT Digital Comic Book Collection releases on January 6, 2020, but pre-orders are being taken now on the GIT Corp. website. 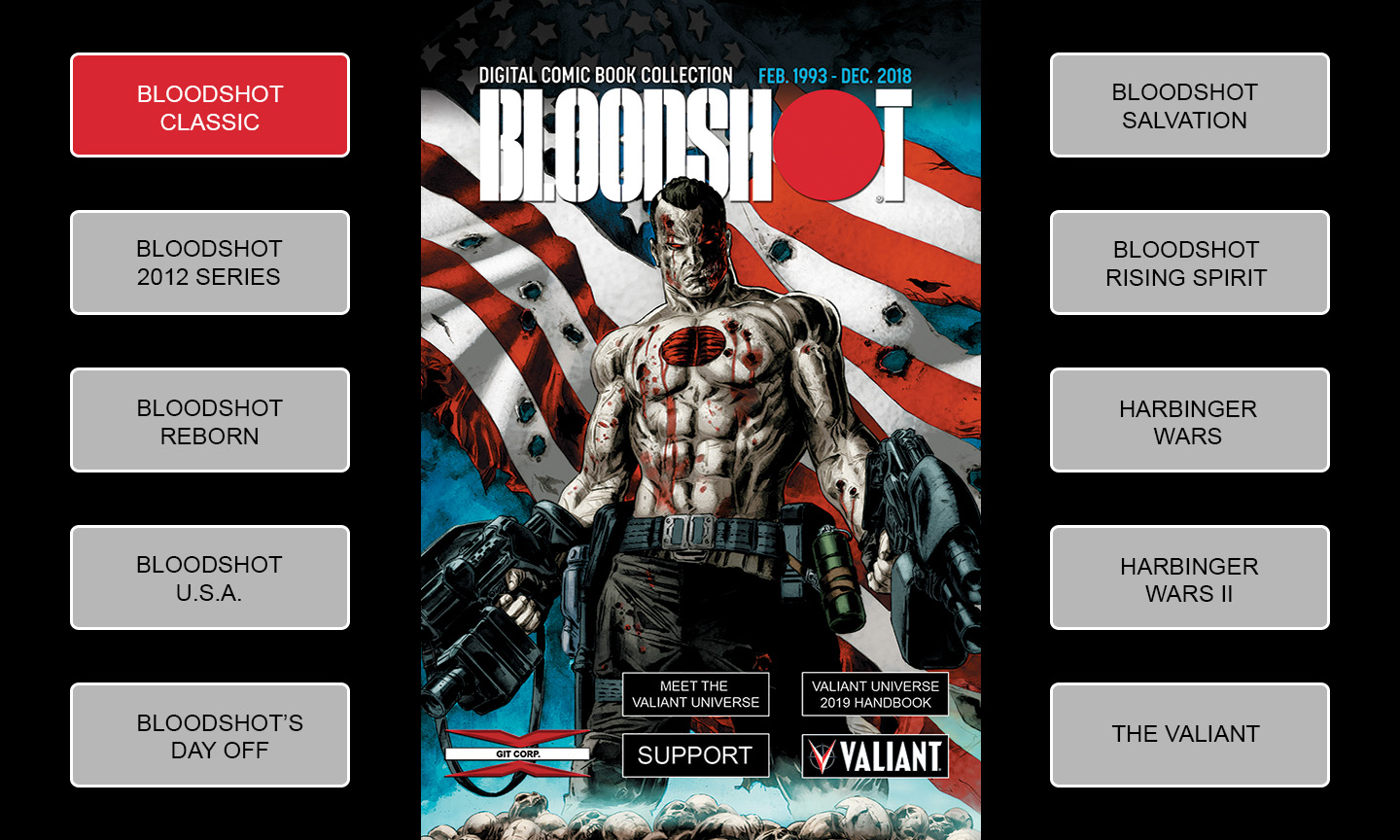 Make sure to preorder this perfect holiday gift for the comic book fan in your life, before the Valiant BLOODSHOT Digital Comic Book Collection sells out!

In 2003, GIT Digital pioneered the digital revolution in the comic book industry with the line of Complete Comic Book Collection DVD-ROMs featuring the heroes of the Marvel Comics Universe.

Long before the iPad (2010) created a demand for digital media, GIT’s Complete Collections offered fans and collectors as many as 600-plus complete issues of these more than forty-year-old heroes on a single DVD-ROM! Their line of bestselling collections included such iconic Marvel titles as The Amazing Spider-Man, X-Men, Fantastic Four, Captain America, The Incredible Hulk, The Avengers, and Iron Man, as well as Star Trek comics, The National Lampoon, MAD Magazine, Archie Comics, and more. The Complete Comic Book Collections were carried by comic retailers nationwide and by major retail outlets in the US and Canada, including Amazon, Apple Stores, Best Buy, Costco, Fry’s Electronics, Office Depot, Office Max, Sam’s Club, Staples, Walmart, and many others.

GIT’s Complete Comic Book Collection DVD-ROMs have themselves become collectibles, with some titles selling on the collector’s market for as much as triple their original price.