By Christopher Rondeau on August 9, 2019 0 Comments

Our lives can be described as a set of scenes that we follow one after another. We put on our costumes every morning and head out into the world and act a certain part. Wirt and Greg found themselves in a ghost town as their stage. Find out what happens in OVER THE GARDEN WALL: SOULFUL SYMPHONIES #1 to see their performance.

OVER THE GARDEN WALL: SOULFUL SYMPHONIES #1 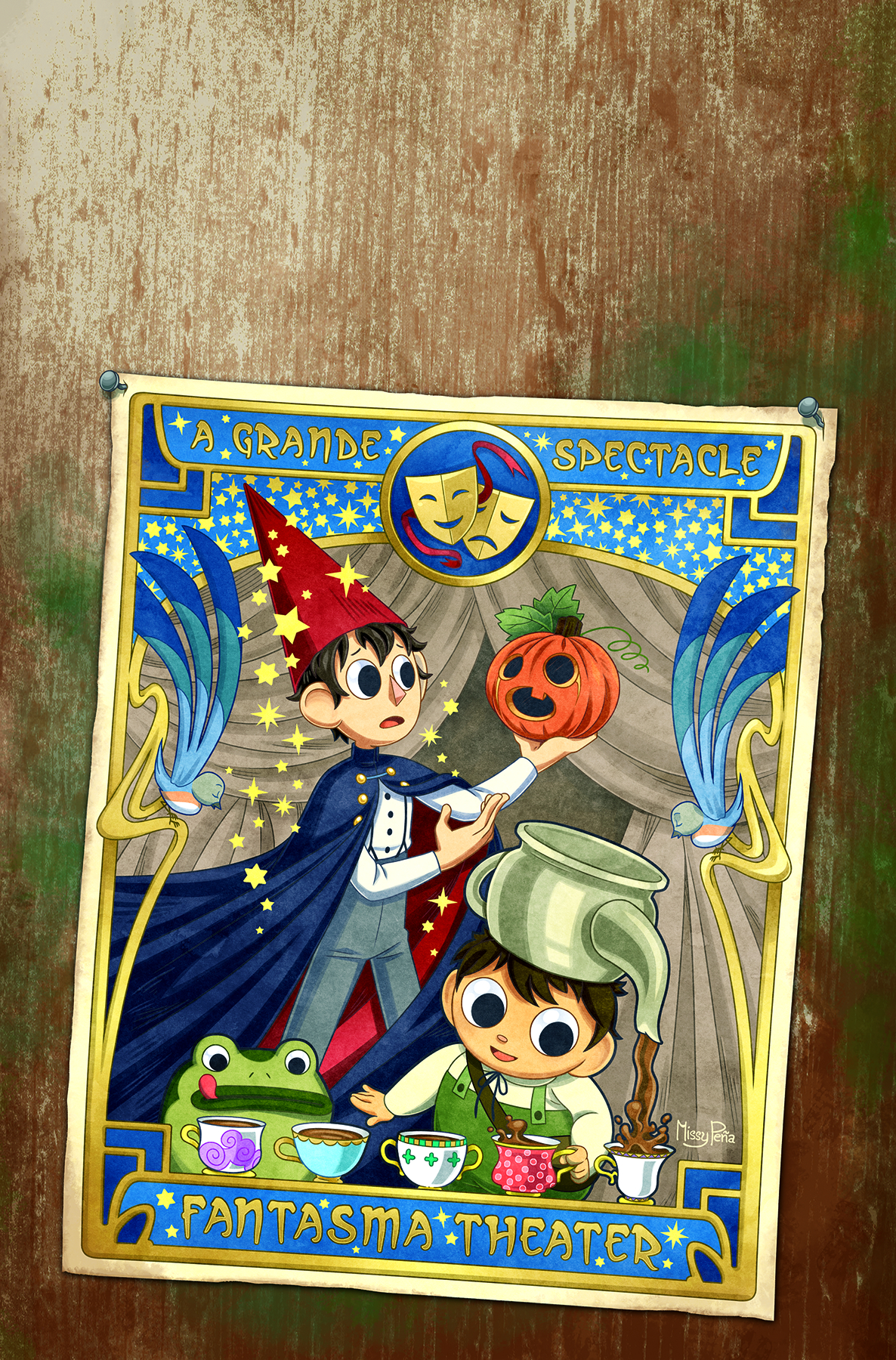 Previously on OVER THE GARDEN WALL: The success of the television show on Cartoon Network has allowed this story to continue to grow to the comic book medium. This story begins as one such adventure that takes place in the Unknown.


FILL THE SILENCE WITH SOUND

Our young siblings find themselves in a ghost town that has a music store and a stage. To fill the time and the silence, Greg breaks out into song about teaching his pet frog a new hobby. The singing catches the attention of Sophie who seems to be the only other human here. Even though Wirt’s animal companion is suspicious, both boys begin a conversation with her. Sophie mentions that they are short two actors for a musical at the Fantasma theater and they are expecting a full house on opening night. Despite it being a ghost town, the boys believe that it is a good idea to audition for the theater. Sophie introduces us to her sisters, Mezz and Altimira, and our protagonist begin to prepare for the audition. While preparing for the audition, it seems that Sophie isn’t allowed to sing in the musical. Greg’s audition is energetic but unorganized while Wirt has some hesitation about going on stage. Finding his courage, he heads into the spotlight and makes up a song on the spot. The song is badly  improvised and Wirt is all over the place on the stage. However, the sisters love it and decide to accept both brothers into the theater. The last page shows shadowed creatures within the rafters with the line, “Get ready for the performance of your lives!”

I wasn’t aware that this book had any history to it. I looked at the cover and saw a kid with a clarinet and a cape and decided to check it out. After doing a bit of research there is actually a lot of background to the stories being told and hear lies the problem. I think I am supposed to know a lot more than I actually do going into the story. This is a #1 and I was given no context as to why these people are traveling and who they were. I believe the writers were intending for their target audience to be people who watched the television show but that context was lost to me.

The writing and the themes are fairly strong. It takes a story involving a naive younger sibling and an overly worried older sibling traversing through their own adventures. The story shows Wirt, the older sibling, trying to gain self-esteem and confidence in himself. His bad performance shows that sometimes you need that first step to begin the journey of getting better. I hope to see future issues grow this theme of self-confidence in Wirt.

After realizing I was not the target audience for this story, I do think I would hand this comic to my daughter and read it with her. The artwork is beautiful and the story is engaging. The plot is simple to understand and tells you fairly clearly who the protagonist is. This is a great recipe for a young reader.

BOTTOM LINE: A GREAT BOOK FOR THE RIGHT AUDIENCE

Wirt and Greg have huge potential to be great characters and based on the success of the television show and the other comic books, they most likely are great protagonists. I am saddened I didn’t have the context that was needed to get right into the story but that doesn’t neglect how good the art and the writing is.

I do think I would hand this comic to my daughter and read it with her. The artwork is beautiful and the story is engaging. The plot is simple to understand and tells you fairly clearly who the protagonist is. This is a great recipe for a young reader.