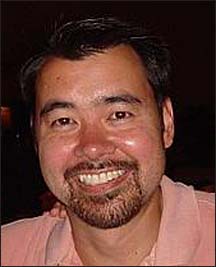 Hank Kanalz has been named Senior Vice President, Digital of DC Entertainment, it was announced today at New York ComicCon by Jim Lee, DC Comics Co-Publisher and John Rood, DC Entertainment EVP of Sales & Marketing. In this newly created position, Kanalz will develop and oversee the execution of the annual digital publishing schedule, coordinating all digital comic content across DC Universe, Vertigo, and MAD. He will also oversee digital special projects and business development such as custom publishing and e-commerce.” Kanalz will be based in Burbank and report to Lee and Rood, and will work closely with the Warner Bros. Digital Distribution group, which supports the Company’s digital initiatives.

“Hank has been integral to the launch of our digital comics initiative, and was an essential part of WildStorm for the past six years,” said Jim Lee, Co-Publisher, DC Comics. “I’m eager to have him working alongside me to blaze new trails in digital publishing and bring our comics to more readers beyond print.”

Previous to his new role, Hank Kanalz served as Vice President and General Manager of WildStorm, where he oversaw day-to-day operations including editorial, production, coloring and administration, as well as edited several comic titles, including World of Warcraft and Fringe. Kanalz was a key figure in building WildStorm’s strong crossmedia relationships, which led to adaptations of popular film, television and gaming properties to the comics medium.

Before coming to DC Comics in 2004, Kanalz was Director of Worldwide Theme Parks for Warner Bros. Consumer Products, where he oversaw the company’s relationship with theme park licensees such as Six Flags and Universal Studios, as well as other destination entertainment businesses. He was a key liaison between DC Comics and Warner Bros. Consumer Products for several years.

Kanalz has also written comic books, including The Flash and Green Lantern for DC.