By Stephen Schleicher on September 6, 2010 2 Comments

Halloween is one of our favorite holidays at Major Spoilers, and we’re hoping you’ll celebrate with us, with our fourth annual Major Spoilers Costume contest! We want you, yes you, to send us pictures of your bad self dressed up as your favorite hero, villain, side-kick – really any comic book/pop culture character. The best costume will not only be hailed as the Grand Prize Winner in Major Spoilers’ 2010 Costume Contest, you’ll also win a new iPod Nano ($149 value) and the now completely sold out Starro the Conqueror figure ($50 value). 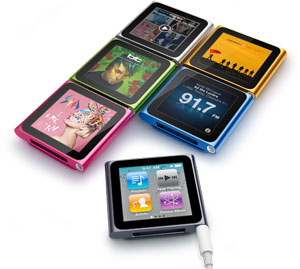 Here’s what you have to do:
Send three to four pictures of yourself in your costume (and one sans costume – you must have an out of costume picture of yourself) to us by October 21, 2010. Make sure you include your name, address, and the character you are supposed to be (please, no made up characters). The Major Spoilers crew, will narrow the list to five contestants, and readers will then vote on their favorite. The winner will be announced October 31st.

Last year, we had a huge turnout from readers around the world. Let’s make this year even better than the last! Get your entries in early!