Itâ€™s not often we review action figures on this site (we really need to do more of â€˜em), but when a company sends us one for possible review, weâ€™ll go ahead and give it workout. Shocker Toys has had its Indie Spotlight series out for a while, and its Maxx series includes the SCUD: The Disposable Assassin Sol variant figure.Â  Since it is in our hands, and out of the protective packaging, it’s up for review today.

Iâ€™m aware of the SCUD: The Disposable Assassin series by Rob Schrab and Fireman Press, but only because Iâ€™ve seen the yellow gun toting robot here and there.Â  Iâ€™m not familiar with the Sol character except for the various SCUD videos floating around on YouTube.

Unlike the packaging from DC Direct and Marvel, which requires you to have a pair of scissors, jackhammer, nuclear warhead to open, Shocker Toys opted to go with the hard that slides into a channel, and is taped closed.Â  Likewise, the figure is not tied down to the formed packaging with a rubber band or twist-tie, which makes removing Sol, and the bonus Black Iz figure very easy. 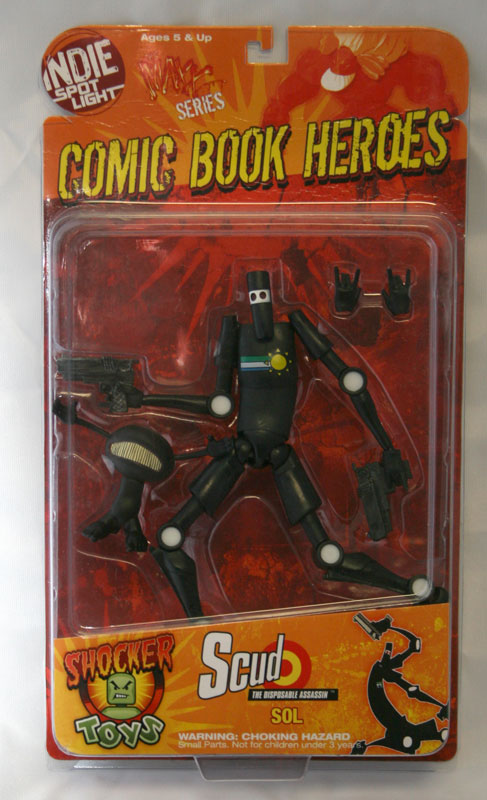 Sol uses the same mold as the regular SCUD figure and it follows the artists fluid design as closely as possible, while still making the figure posable.Â  There are 15-points of articular on the figure (neck, shoulders, elbows, wrists, mid-chest, waist, hip, knee, and ankles), which gives enough movement for a realistic range of poses.

The only areas that could use a bit of work are the head and the feet, and that is a design issue and not a fault of the manufacturing.Â  Because of Solâ€™s long head, and the way it attaches to the body, users can get the head to look up very easily, but left and right movement is restricted by the figures chin against the chest.Â  The only thing I would like to have seen different with the feet is adding the ability to bend the toes for more extreme poses.

Even with these two minor drawbacks, I found I was able to pose the figure in most of the characters stances from the comic. 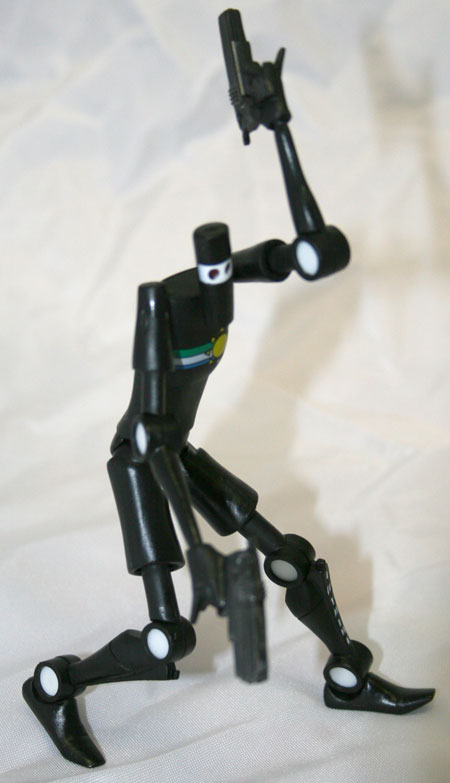 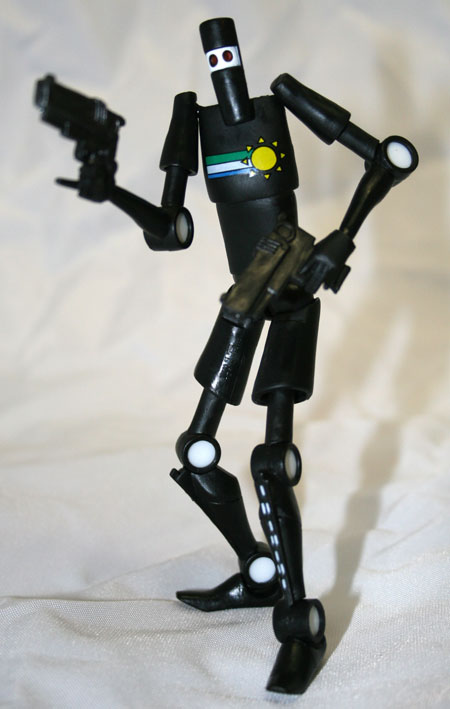 Sol comes with two guns in his hands, which one would expect from an assassin robot.Â  However, instead of the being able to remove the guns from the hands, Shocker Toys opted to go with removable hands.Â  Included with the set are two additional hands that users can pop on and off as desired.Â  I donâ€™t like it when accessories fall out of hands when Iâ€™m trying to pose them, but Iâ€™m concerned that prolonged play will cause the ball and socket joint weakening, increasing the chance the hands will no longer stay on the figure’s arms. 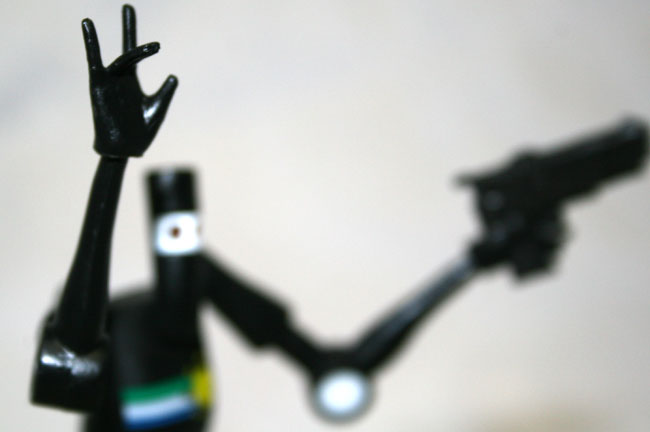 Since Sol is the variant figure in the Maxx line, it comes with a little Iz figure.Â  Presumably, when you have the entire collection, youâ€™ll be able to torment Maxx with these little toothy demon.Â  The figure is not posable, so you have to take what you get with this extra.Â  Also, my little Iz didnâ€™t stand up on its own. 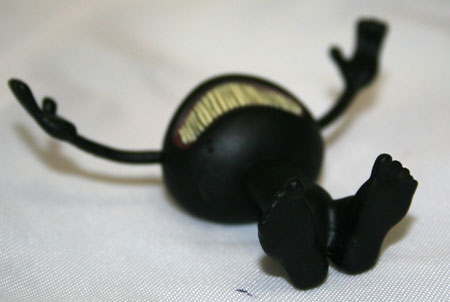 I applaud Shocker Toys for going after the indie market and developing a line of figures based on the characters, but I wonder if fans will want to buy the entire line of a set.Â  The Iz figure is a nice little bonus, but unless a user also purchases a Maxx figure, itâ€™s almost a throw away bonus.Â  I am also glad Shocker Toys didnâ€™t go with the popular collect and connect concept, because I really think those that will buy these figures are going to be more interested in a specific title, rather than everything in the line.

The model for Sol is the same for SCUD, so those that decide to pick up the yellow robot can expect the same pros and cons in that figure as well.Â  Sol earns an above average rating of 4 our of 5 Stars for posability, design, and accessories.Â  The first line has sold out at the company, but a look at the Shocker Toys online store indicates the line will be back in stock soon.