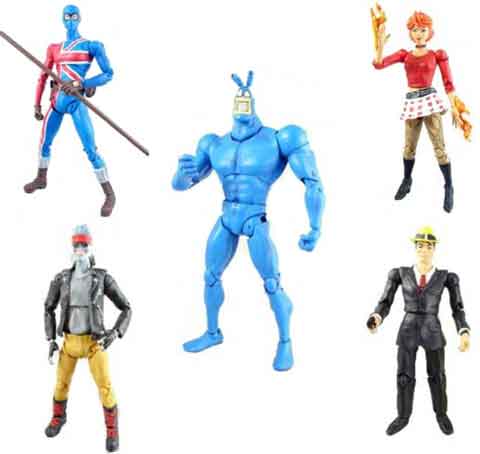 Shocker Toys sent Major Spoilers one of the figures from its Indie Spotlight Comic Book Heroes Series 1 figure (look for review soon), and they are already cranking out the Series 2 figures that features the Tick, Dick Tracy, Jack Staff and more. The figures are well made, and if you are looking for an indie hero to fight alongside your DC or Marvel figures, then you might want to check out Shocker Toys.

All Series 2 figures are packed with items from The Tick’s universe so fans who collect the entire series can recreate scenes. For even more fun with The Tick, the Series 2 Mail-away figure will be everyone’s favorite Tick sidekick, Arthur!

In addition to these, Shocker Toys has announced its San Diego Comic Con 2009 Exclusives will be a pair of Dick Tracy black and white figures.