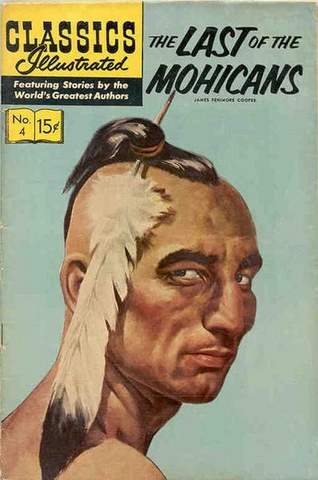 Another comic publisher didn’t make it through the minimum order cuts through Diamond Comic Distributors.Â  Classics Illustrated will however continue to be printed and distributed, it will just go through other venues.

In early April 2009, Diamond Comic Distributors notified Jack Lake Productions Inc., publisher of Classics Illustrated comics, that due to â€œnew operating guidelines and benchmarks,â€ they are dropping solicitation and distribution of the full Classics Illustrated series.

President of Jack Lake Productions Inc., Jaak Jarve, commented, â€œThat this is another example of a knee-jerk reaction to the tough economic environment everybody is struggling with to get through.â€ He also added, â€œIronically, here we have an American intellectual property (consisting of 325 classical literature titles) which are being dumped in favor of spandex-super-hero titles. Oddly enough the American-owned and -produced Classics Illustrated series is being welcomed more by foreign publishers than our own North American publishing community. Maybe those foreigners are investing in the knowledge that classical literature will help teach our children to cope with the realities of the real world much better than these caped-crusaders who like jumping off high buildings. Splat! Thatâ€™s all I have to say.â€

Jaak further mentioned, â€œGiven these new circumstances, we ask all our loyal customers and retailers to continue to order these new republished Classics Illustrated titles directly from Jack Lake Productions Inc. at our website http://www.jacklakeproductions.com or call us at our toll-free number 1-800-269-9206.â€

Classics Illustrated titles will continue to be sold and distributed by independent distributors, book stores, BudsArtBooks.com and Amazon.com.

Jack Lake Productions Inc. is proud to announce that since September 2008, Classics Comic Store Ltd. out of the UK, managed by Jeff Brooks, has been selling and distributing Classics Illustrated titles into the UK, Republic of Ireland, Australia, New Zealand and South Africa.

The company is also proud to announce that in March of this year, !Editions, a publisher out of France, picked up the worldwide French rights for the 1990 First/Berkley Classics Illustrated titles.