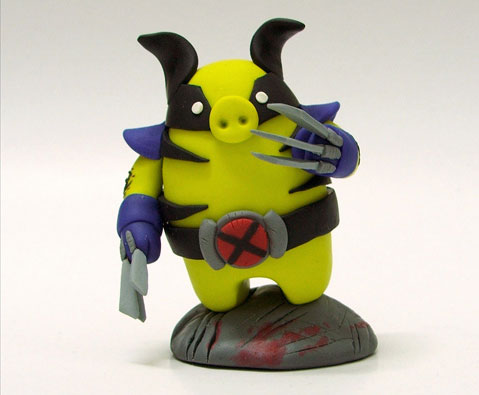 20th Century Fox is already cranking up the PR machine, citing the recent swine flu outbreak as a potential reason for the movie not performing well this weekend.Â  The movie studio postponed the premiere of the X-Men Origins: Wolverine in Mexico, but still plans to move ahead with the rest of the openings.

At least one school in New York shut down after students were diagnosed with the malady, and with the World Health Organization and the Center for Disease Control amping up the fear factor over this outbreak, it wouldn’t surprise me if more people stay away from the theaters this weekend in the regions where confirmed cases have occured.

Is there a third strike in store for the Wolverine film that already has a strike against it following the illegal release of the film to the Intardwebz?

Link to the Wolverine Pig image via Deviant Art