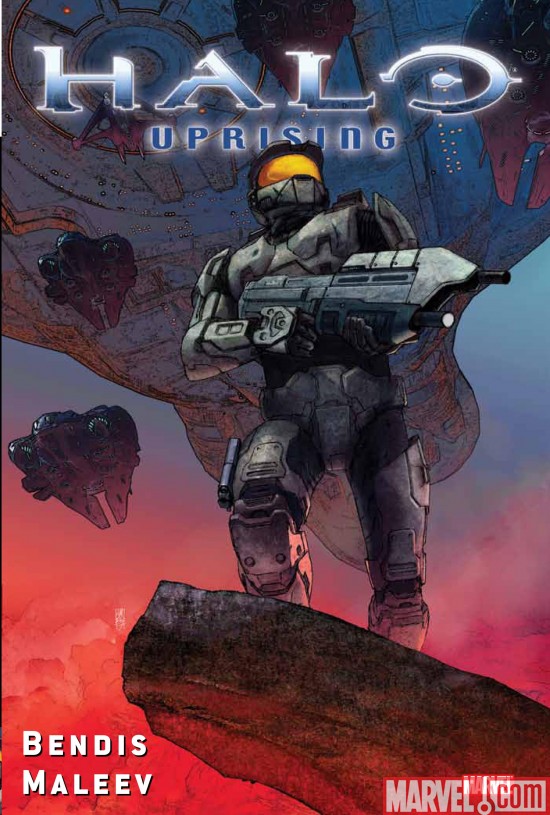 Fans of Brian Michael Bendis, who own an Xbox, have probably played Halo.Â  Bendis penned Halo Uprising, and now Marvel is bringing the series to the hardcover collection for those who like waiting for the trade.

As the Master Chief battles to defend Earth from the Covenant, forces of good and evil will be drawn to the mysterious Key. Whoâ€”or whatâ€”holds the secret to the one thing that could change the balance of interstellar power?

Halo Uprising hardcover by Brian Michael Bendis and Alex Maleev arrives in stores on June 3, 2009, with a suggested cover price of $24.99.