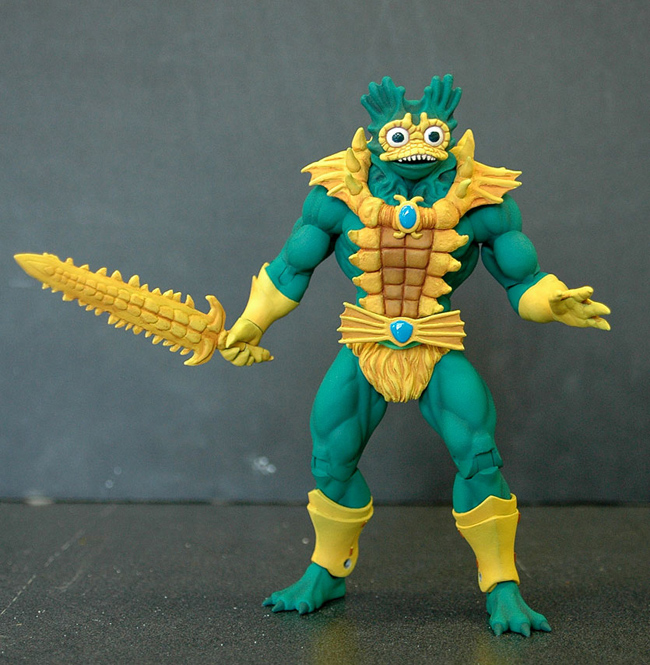 Mattel has announced the sold out Mer-Man figures, part of the new Masters of the Universe collection, will be back in stock on April 29th, beginning at 12:00 PM Eastern.Â  The first run of the figures sold out, so fans who are building up their new action figure collection will want to cue up early.

If this second shipment also sells out fast, we will look at increasing orders again until we can get the numbers just right for MOTU figures. It is a learning process, and we appreciate fan’s understanding as we move forward with each sale getting closer to perfection.

During the first offering, there was a problem with the online shopping cart system, which caused international customers to be locked out of the purchasing process. Mattel assures that the problems have been fixed, and there should be few problems.