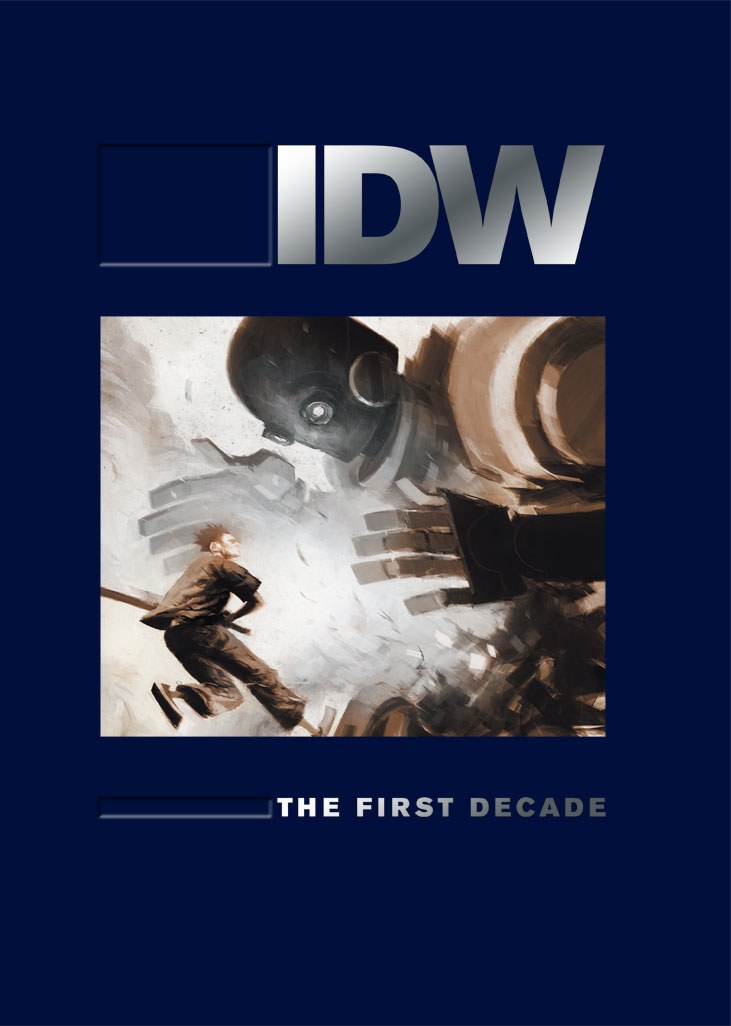 Ten years ago this month, four young entrepreneurs launched a small creative services company. A decade later, IDW has grown to be the fourth-largest comic book and graphic novel publisher, with a diverse catalog of new and classic books, representing every major entertainment genre. To commemorate its tenth anniversary, the company will release the two-volume hardcover IDW: The First Decade in May, 2009. Volume 1 of IDW: The First Decade is currently available online at IDWPublishing.com.

IDW: The First Decade offers an oral history of the company, as told by the many talented individuals who contributed to IDW over the years, including co-founder and CEO Ted Adams, Publisher/Editor-in-Chief Chris Ryall, plus dozens of artists and creators such as Clive Barker, Joe Hill, Gene Simmons, Ben Templesmith and Ashley Wood.

â€œGrowing up, I was always an avid comic book fan and also wanted to own my own business, but I never thought the two would come together,â€ said Adams. â€œTen years is a huge milestone for IDW, and our success is a direct result of all the hard work and dedication that many people have poured into this company.â€

Volume 1 of IDW: The First Decade offers a unique look at the genesis of the company and explores the surprising path that led a start-up design company to become an award-winning publisher. The second volume showcases every cover IDW has printed, through December 2008. IDW: The First Decade also features an exclusive comic with all-new five-page stories from some of IDWâ€™s top books, including Fallen Angel, Locke & Key, and The New York Times Best Selling Wormwood.

â€œAs youâ€™ll see in the book, we never intended to be a comic book publisher,â€ said Adams. â€œWe evolved into that over the years and could not be more proud of where we are today.â€

About IDW Publishing
IDW is an award-winning publisher of comic books, graphic novels and trade paperbacks, based in San Diego, CA. As a leader in the horror, action, and sci-fi genres, IDW publishes some of the most successful and popular titles in the industry, including: CBS and Paramount’s Star Trek; Fox’s Angel; Hasbro’s G.I. JOE and The Transformers, and the BBC’s Doctor Who. IDW’s original horror series, 30 Days of Night, was launched as a major motion picture in October 2007 by Sony Pictures and was the #1 film in its first week of release. In April 2008, IDW released Michael Recycle, the first title from its children’s book imprint, Worthwhile Books. More information about the company can be found at IDWPublishing.com.