Chew Debuts in The Walking Dead 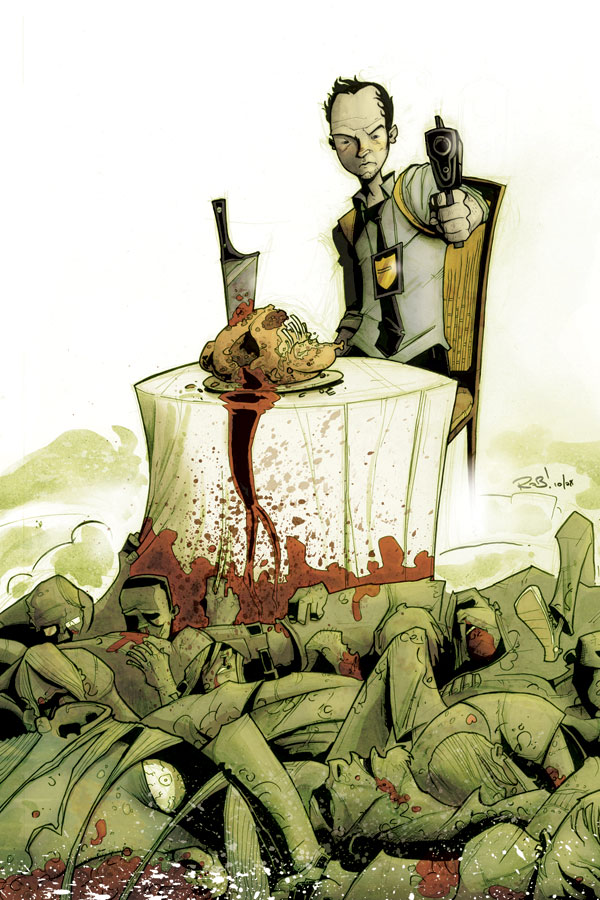 John Layman and Rob Guillory’s highly anticipated June-shipping ongoing crime series with a sick yet tasteful twist, CHEW, will make its first full appearance in the comic book blockbuster, THE WALKING DEAD, this May.

“Having CHEW debut in WALKING DEAD is extremely appropriate considering I hope CHEW does for cannibalism what WALKING DEAD did for zombies,” Layman said. “Seriously, Rob and I are very flattered to have CHEW debut in one of the biggest books out there today. While very different in its approach, I think fans of Kirkman and Adlard’s ongoing saga of human survival despite the worst possible situations will love Detective Tony Chu’s ongoing saga of surviving the worst possible situations despite his very distinct and sometimes burdening ability. It’s going to be a weird, wild ride.”

CHEW’s star, Detective Tony Chu, is a cop with a secret. As a Cibopathic, Detective Chu gets a psychic impression from whatever he eats. While it means he’s a hell of a Detective if he can stomach the evidence, once his secret gets out the government makes plans for him, whether he likes it or not. CHEW blends horror, mystery and the strangest ability of them all in an ongoing series of horrific crimes solved in the most horrific way possible. The preview in THE WALKING DEAD will give fans their very first glimpse into CHEW’s dark underworld and the lone man with a literal taste to bring the criminal empire down.

THE WALKING DEAD writer Robert Kirkman added, “John Layman’s an excellent writer who has done fantastic work for Marvel and DC, but I’m even more excited he’s bringing his creator-owned series to Image. CHEW is an extremely original concept that’s ideal for what Image looks for. I couldn’t be be happier to debut the series in THE WALKING DEAD and look forward to reading the series.”