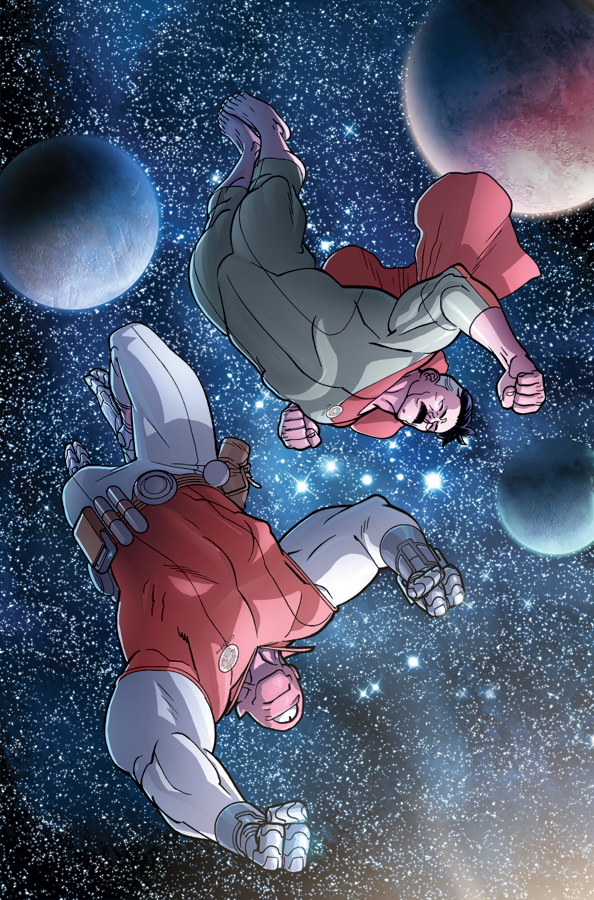 I’m pretty excited about the news that Cory Walker is returning to Invincible. While I love Ryan Ottley’s work in Invincible, it was the work of Cory Walker that originally got me hooked. On Tuesday, G4TV announced the co-creator will return to Invincible for a two-part story that sets up the upcoming Viltrumite War.

“While Cory has been working behind the scenes in the INVINCIBLE crew, it’s great to have him back for these two very special issues,” INVINCIBLE co-creator and writer Robert Kirkman said. “They’re going to be pretty damn momentous in the grand scheme of INVINCIBLE as we place the spotlight on INVINCIBLE’s dad, Nolan, and his new partner, Allen the Alien, while they seek the only weapons capable of taking down the Viltrumite empire. It’s gonna be awesome!”