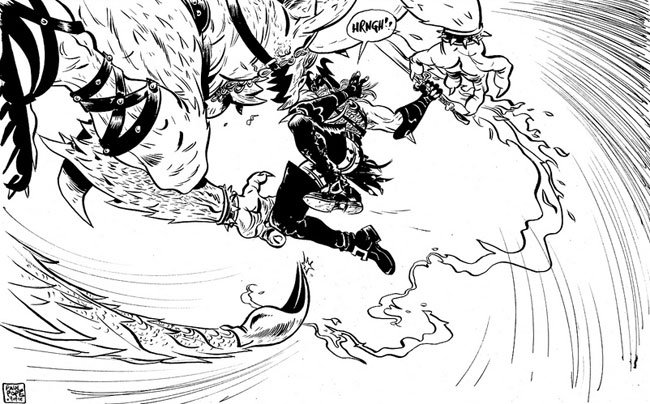 Alex Tse, the writer behind the film adaptation of DC’s Watchmen has been tapped by Paramount Pictures and Plan B to adapt Paul Pope’s Battle Boy graphic novel for the big screen.

Brad Pitt’s production company picked up rights to the forthcoming graphic novel written and illustrated by Paul Pope in November. The story line follows the son of a god who comes down from the top of a mountain at his father’s urging to rid the giant, continent-sized city of Monstropolis of a plague of beasts.

The graphic novel doesn’t arrive until later this spring, but the early images I’ve seen look really cool.Â  How it will translate to the big screen is yet to be seen.