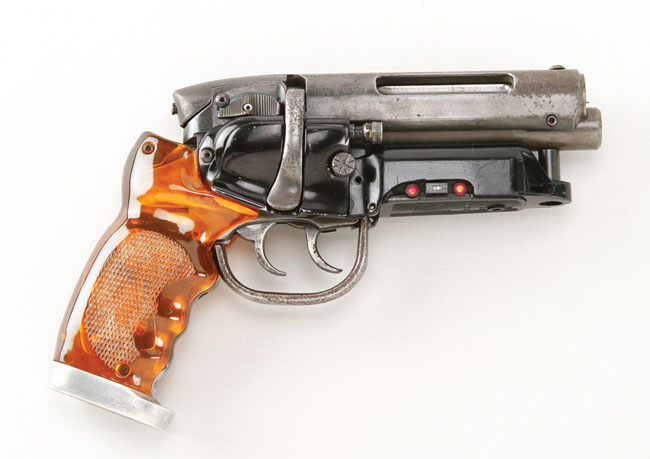 Seems interest in Blade Runner is returning to an all time high – first it was Boom! Studios announcing plans to release a 24 issue maxi-series covering Philip K. Dick’s story, now I find out Profiles in History is auctioning off Harrison Ford’s Deckard gun from the Blade Runner movie.

Only one hero firing weapon was made for the production which was created by mating a Steyr-Mannlicher Model .222 SL receiver on to a Charter Arms .44 police bulldog double-action revolver. It features custom amber grips, dual triggers, and futuristic illuminating LEDs (four red and two green) that can be activated by a small switch mounted beneath the barrel.

If you want to pick this piece of awesome up, you’ll need to make sure you are recession proof as the gun is expected to sell between $100,000 and $150,000.Â  And if you do pick this gun up, how ’bout helping your friends at Major Spoilers out?

Profiles in History via ExtraLife