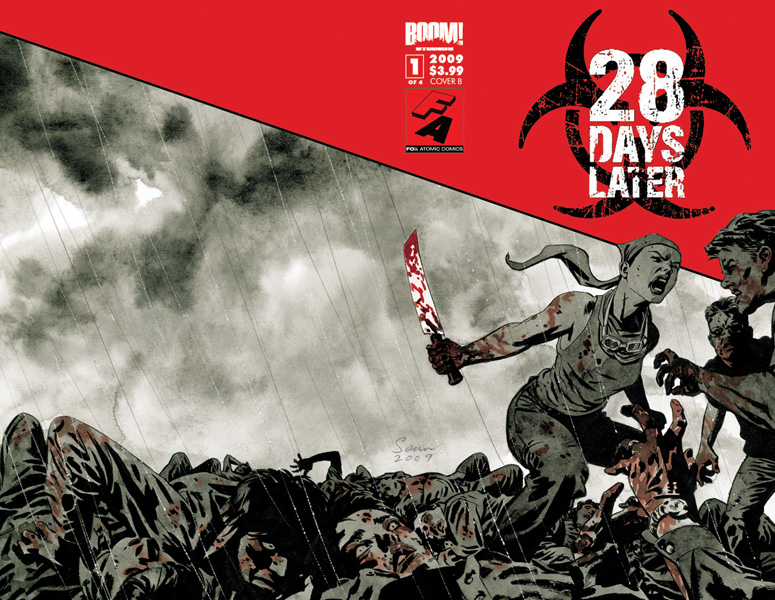 Boom! Studios is on a role lately with all the properties it has been acquiring to turn into comics.Â  Announced over the weekend that the first title released in the partnership with Fox Atomic Comics will be the running zomibe thriller 28 Days Later.

Initial launch story will be firmly based in 28 DAYS LATER continuity with the first arc focusing on Selena. Bridging the gap between 28 DAYS LATER and 28 WEEKS LATER, a few key questions will be answered along the way: what happened to Selena after 28 DAYS LATER? How did Selena happen upon the machete she wields in 28 DAYS LATER?

The 28 Days Later series will kick off in July.Â  And while no other projects were announced at the Emerald City ComiCon 2009, taking a look at Fox Atomic’s other movies tend to be a good indicator of the things to come.Â  My guess is we’ll see The Hills Have Eyes, more from The Nightmare Factory, and plenty more 28 Days Later stories down the road.