Invincible #60 Sells Out Back to Press 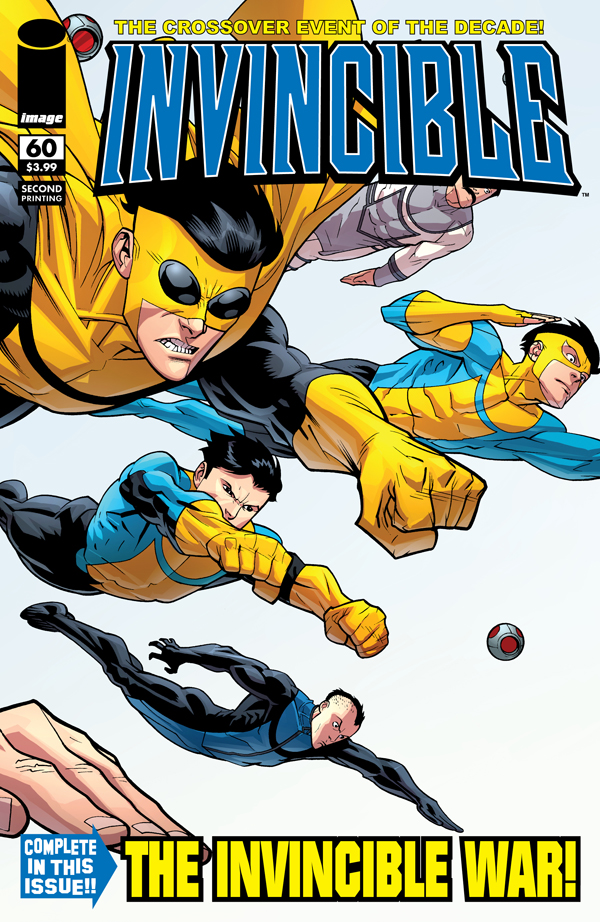 If you missed the done in one crossover epic from Image Comics, Invincible #60 makes a return to stores next week, according to the company.

“Telling an entire inter-company crossover in a single issue is something I’ve had my eye on for awhile,” Kirkman said. “It wasn’t easy to do, but the results are totally kick ass! I got the chance to play with Image’s full line of superheroes, including a few you haven’t seen in awhile, like PITT! It was a lot of fun for me to put INVINCIBLE and company through the ringer in a fight that completely devastated the planet, but poor INVINCIBLE has no idea the worst is yet to come as ‘The Invincible War Aftermath: Conquest!’ begins next issue!”

The issue features nearly every single character from the Image pantheon as they battle against an army of Invincibles from alternate dimensions.