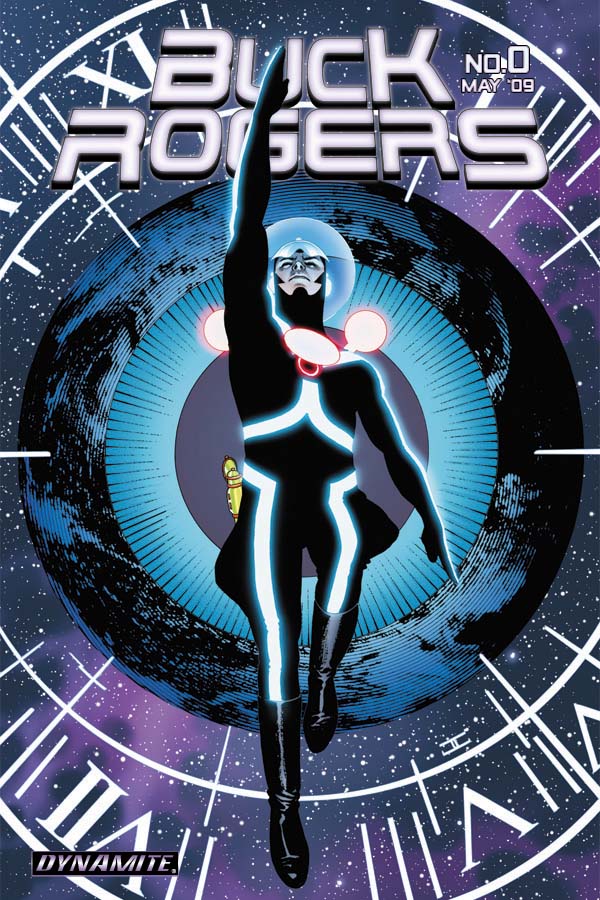 The twenty-five cent Buck Rogers #0 edition arrives in stores on May 2, 2009, prompting the company to start the publicity early by sending us the cover to the issue.

In addition, take the jump to see the covers to the first issue by Alex Ross and John Cassaday.

In the tradition of previous best-selling introductory Dynamite introductory priced launch books, Dynamite is launching the all-original #0 issue for just .25 cents!Â  This is where it all begins and Dynamite’s plans for Buck Rogers follow the characters and titles that Dynamite’s released over the years!Â  Dynamite’s Buck Rogers will be embrace the history of Buck’s classic characters, while giving them a modern edge for today’s fans! All this, and for a quarter to introduce you to the new canon of Buck Rogers!