IDW Publishing, a leading publisher of comic books and graphic novels, has begun an innovative partnership with ComicMix.com, a free website offering new and classic comics. Through this multi-year agreement, IDW will publish graphic novels, books and comics for ComicMix.com properties, enabling both companies to expand their offerings to customers and retailers, and combine their audience reach.

â€œComicMix has a great line up of original and classic brands that are currently only available online, and despite the shift to the virtual world, there is still something unmistakable about reading a real-life bookâ€ said Greg Goldstein, chief operating officer of IDW. â€œIDW is known for producing some of the highest quality books in our industry, and we are looking forward to offering this to fans of ComicMix properties.â€

Beginning in the fall of 2009, IDW will release trade paperbacks of ComicMix comics, as well as monthly comics, including many new stories that have previously been only available online at ComicMix.com. Initial titles will include GrimJack: The Manx Cat by John Ostrander and Timothy Truman, Jon Sable Freelance: Ashes of Eden by Mike Grell, and Hammer of the Gods by Mark Wheatley and Mike Avon Oeming, among others.

â€œThis is a bit of a homecoming for many of us at ComicMix, because we have had a professional relationship with IDW Publishing over the past several years,â€ ComicMix Editor-In-Chief Mike Gold noted. â€œWeâ€™re honored to be among such first-rate comics and graphic novels. Quite frankly, I donâ€™t think the ComicMix properties could find a better publishing home than IDW.â€ 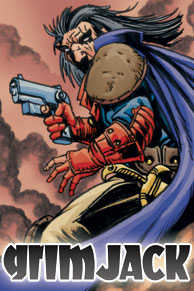 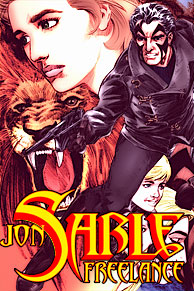 IDW is an award-winning publisher of comic books, graphic novels and trade paperbacks, based in San Diego, California. As a leader in the horror, action, and sci-fi genres, IDW publishes some of the most successful and popular titles in the industry, including television’s #1 prime time series, CBS’ â€œCSI: Crime Scene Investigation;â€ Paramount’s â€œStar Trek;â€ Fox’s â€œAngel;â€ Hasbro’s â€œThe Transformers;â€ and the BBC’s â€œDoctor Who.â€ IDW’s original horror series, “30 Days of Night,” was launched as a major motion picture in October 2007 by Sony Pictures and was the #1 film in its first week of release. In April 2008, IDW released “Michael Recycle,” the first title from its new children’s book imprint, Worthwhile Books. More information about the company can be found at IDWPublishing.com.