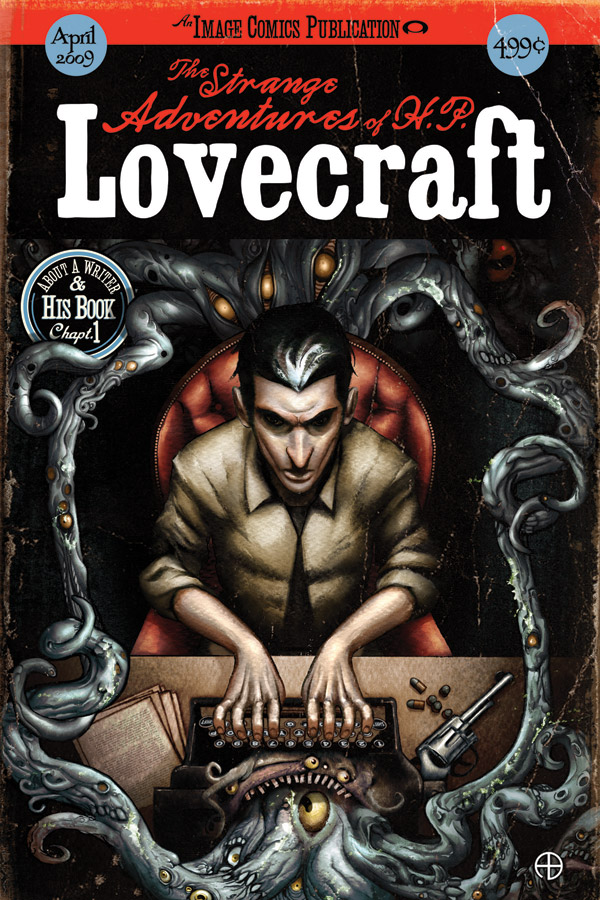 Image Entertainment and Universal Pictures are teaming up to bring The Strange Adventures of H.P. Lovecraft to the big screen.Â  I’m a huge fan of H.P. Lovecraft, and while I’m excited about this news, it is more interesting that Universal made the announcement two weeks before the comic book hits the shelves.

Created by Mac Carter and Jeff Blitz, book borrows elements from Lovecraftâ€™s life, such as his familyâ€™s struggle with mental illness and his own bouts with writerâ€™s block, and transforms the young writerâ€™s darkest nightmares into reality when he comes across a book that puts a curse on him and lets the evils he conjures up loose on the world.

The movie could be directed by Ron Howard, with the script being written by Carter.

No word on release date, but it can’t come soon enough.