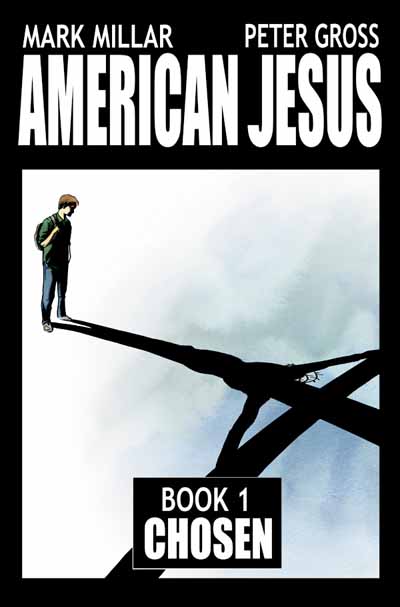 With the Kick-Ass movie wrapped and waiting for its debut, word through Hollywood this morning has Matthew Vaughn and Mark Millar reteaming for a possible movie adaptation of Millar’s American Jesus.

The story centers on the return of Christ in the modern world, leading to a final confrontation with the Antichrist in a bid to save humanity.

The book, made with artist Peter Gross, originally appeared as a three-issue miniseries in 2006 with the title “Chosen.” When Millar, one of the top writers in the comics field, decided to continue the story as a trilogy of miniseries, the overarching title became “American Jesus.” The second installment is subtitled “The Resurrection” and is due out in the fall.

Vaughn is pretty busy with other film projects at the moment, so don’t expect the controversial subject matter film to go into production anytime soon.