More Images from Watchmen: Tales of the Black Freighter

Tales of the Black Freighter, the story-within-the-story in the acclaimed Watchmen, features the voices of Gerard Butler (300) and Jared Harris (The Curious Case of Benjamin Button) and is directed by Daniel DelPurgatorio and Mike Smith and written by Alex Tse (Watchmen) and Zack Snyder.Â  Tales of the Black Freighter is produced by Brian McNulty and Karen Mayeda-Vranek.

Tales of the Black Freighter brings to strikingly animated life the graphic novelâ€™s richly layered story-within-a-story.Â  Within the graphic novel, Tales of the Black Freighter, appears as a comic book read by a young man in New York City while the city is being destroyed.Â  This daring pirate saga chronicles a sailorâ€™s journey home from being marooned.Â  During his journey, the young seaman is “forced by the urgency of his mission to shed one inhibition after another” and experience horrible events along the way.Â  The turbulent events the sailor endures seem to mirror those in the Watchmenâ€™s world. 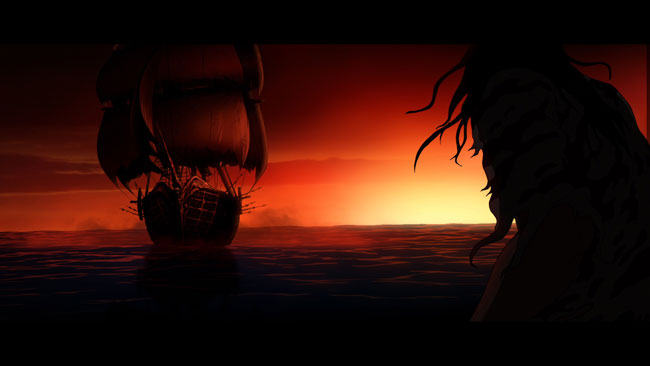 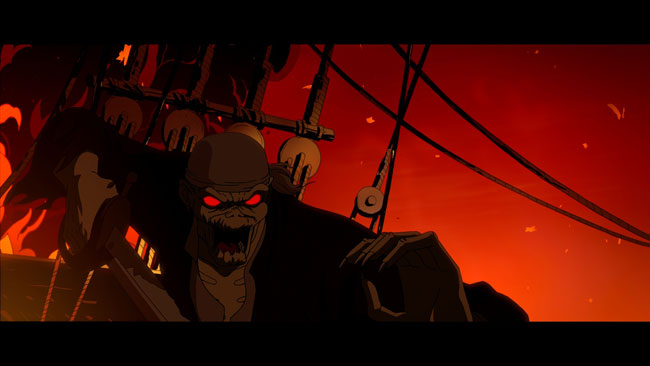 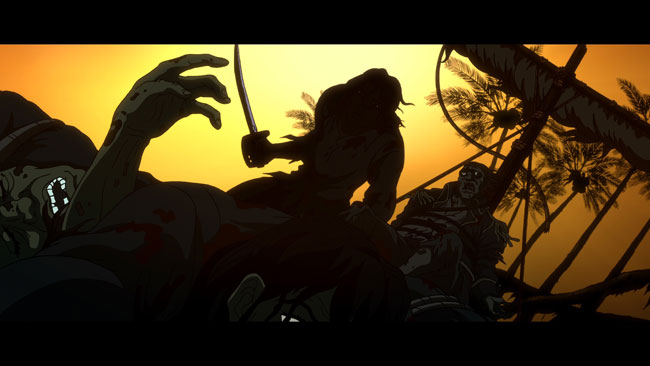 Hollis Masonâ€™s tell-all autobiography, Under the Hood, chronicles the events in Hollis Masonâ€™s life that led to him to become the masked avenger Nite Owl and discusses how the Minutemen were formed.Â Â  It features the original Sally Spectre, the Comedian, Moloch the Mystic, along with Hollis Mason, the original Nite Owl.

Under the Hood is directed by Eric Matthies, written by Hans Rodionoff and produced by Eric Matthies and Wesley Coller. Stars Carla Gugino, Matt Frewer, Stephen McHattie and Jeffrey Dean Morgan appear as their characters from the theatrical Watchmen film in this live-action documentary style special.