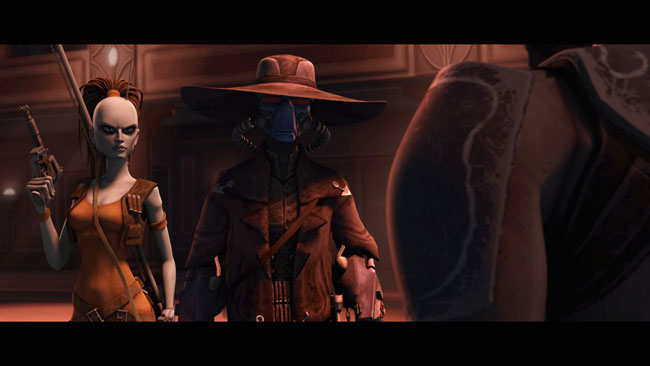 The season finale of Star Wars: The Clone Wars airs tonight, and Lucas Film has sent another sneak peek (along with a few more images) to tease the series.

Count Dooku seeks to spring a Separatist prisoner from Republic captivity, but his profile prevents him from getting close enough to set in motion his malevolent plan.

Enter Cad Bane, the galaxyâ€™s most fearsome bounty hunter, as ruthless as he is deadly. He is quintessentially cold, cruel and calculating â€“ and when the price is right, he canâ€™t be stopped. Backed by Dooku and the Separatists, heâ€™s bringing his unique skill set and impressive arsenal to bear against the very heart of the Republic. Bane brazenly brings the fight to the Senateâ€™s doorstep, with a rogues gallery of galactic scum as his allies.

The heroes of the Republic have repeatedly beaten back the assaults orchestrated by the evil Separatist forces, but an entirely new threat â€“ lethal mercenary Cad Bane â€“ will emerge from the shadows in â€œHostage Crisis,â€ the thrilling conclusion to the first season of STAR WARS: THE CLONE WARS, airing at 9 p.m. ET/PT Friday, March 20 on Cartoon Network. 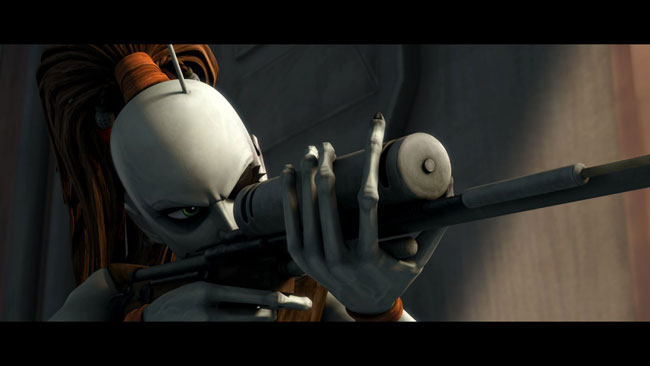