Interview: Eric Matthies on Under the Hood

The fun doesnâ€™t end for Watchmen fans as Warner Premiereâ€™s Watchmen: Tales of the Black Freighter arrives on Blu-ray and DVD on Tuesday, March 24. Â Included in the release is co-producer/director Eric Matthiesâ€™ all-new take on Under the Hood, the Hollis Mason/Nite Owl autobiography from the original Watchmen graphic novel.

One of the more cutting-edge creators of DVD content in the industry, Matthies, along with partners Tricia Todd and Josh Oreck, has been responsible for acclaimed ancillary materials for such landmark DVD releases as The Matrix, 300 and Spider-Man. He has helped elevate DVD extra content to a new art form, and Under The Hood is a prime example.

Along with co-producer Wesley Coller and writer Hans Rodionoff, Matthies created the perfect vehicle for bringing Hollis Masonâ€™s tell-all autobiography, Under the Hood, to life. As the subject of a story revisited 10 years later in the fictional â€œThe Culpepper Minuteâ€ TV news magazine, Under the Hood expands beyond what was originally limited to words on a page and a few single-frame images. The chronicle of the events in Masonâ€™s life that led to him to become the masked avenger Nite Owl â€“ including the formation of the Minutemen â€“ now plays as a feature that allows the characters (Mason, the original Sally Spectre, the Comedian, Moloch the Mystic) to add even greater depth to the tale.

Matthies took a few moments this week to discuss the origins, direction and incidentals of Under the Hood.

QUESTION: What made the news magazine format work for Under the Hood?

ERIC MATTHIES: We needed a concept that would not require a leap of faith, and that would not just be a book on tape. The news magazine format really allowed us to expand in so many ways. First, we were able to incorporate Larry Culpeper, and have him represent an outside voice speaking about both the memoir and the world in which it was taking place. And by having Culpeper revisit the story 10 years later, we were able to cover two different time periods and give the original piece greater perspective within the Watchmen movie. It also gave us the chance to explore more of the characters through interviews â€“ like Wally Weaver and Â Laurence Schexnayderâ€“ and delve more into the background of their characters. This was an idea that worked on so many levels.

As Zack said to Hans, â€œWhen in doubt, go back to the source material and you really canâ€™t go wrong.â€ And heâ€™s right.

QUESTION: Did changing the format from first-person narrative to a new magazine perspective work for or against the original content?

ERIC MATTHIES: One of the ways we stayed true to Under The Hood was simply to have Stephen McHattie answer the interview questions pretty much the way Hollis had written them, combined with some of his own improv on what Hollis would say. Â And then we were able to fill in the gaps with other interviews.

QUESTION: How did the cast react to these in-character interviews â€“ especially Stephen McHattie as Hollis Mason?

ERIC MATTHIES: Stephen McHattie was great â€“ he really got it and was able to really bring something special to that material. It was obvious that he had read Under the Hood, and I think it was fun for him to be able to put some life behind those lines.

Itâ€™s a testament to each individual â€“ theyâ€™re all fantastic actors with a great understanding of their character, regardless of the size of the role â€“ and to Zack (Snyder), who gave them a three-ring binder of resource material and back story. So when we came along and gave these actors the opportunity to bring even more depth to these characters through this ancillary content, they all jumped in and really embraced what we were trying to do. And they all had their different approaches, which made it even better. Carla (Gugino) was amazing â€“ she and I probably had the most dialogue about the project. Rob LaBelle and Matt Frewer were great, too. We even got to introduce Malcolm Long and he alludes to how heâ€™d love to interview one of these masked heroes. They seemed to really appreciate the opportunity to play with these characters. 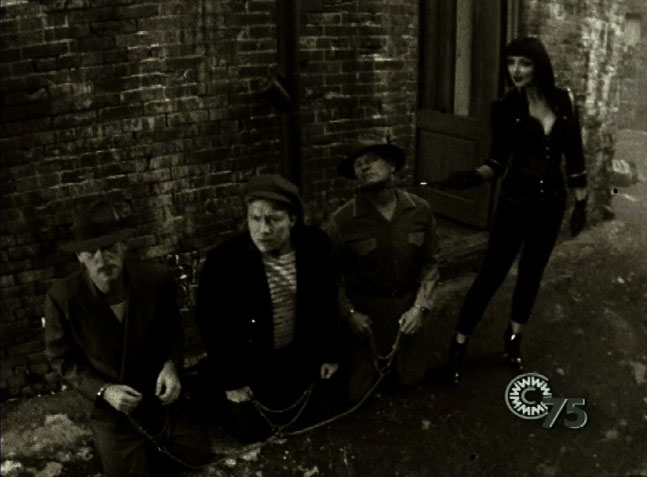 QUESTION: Was it difficult shooting Under The Hood during the filming of Watchmen?

ERIC MATTHIES: The planning started pretty much day and date with production, and we started shooting in late November knowing that there would be a couple of things weâ€™d have to pick up later. The tricky part of Under The Hood was balancing the shoot schedule with the film, and coordinating shoots on certain sets or areas of sets in combination with which actors were available, in coordination with hair and make-up and costumes, because everything had to match with the different time periods. So a lot of things needed to come together and, yes, we had to change our plans a few times, but everyone really pitched in. It was complicated, but a lot of fun. Itâ€™s an honor and a challenge when you get handed the responsibility of something like this â€“ working with a crew this talented â€“ and part of that thrill is that you really have to raise your game every day. So for me, that was great.

QUESTION: What were the specifics you were seeking to convey behind the TV commercials within the program?

ERIC MATTHIES: Originally we talked about showing three Veidt ads, and the one we used was actually the one we made as a sample for the fan contest. Discussing it with Wes Coller, Debbie, Zack and the producers, we wanted commercials that would help anchor the piece in something familiar to the audience for that time period. We had obstacles â€“ a lot of what we found and loved was either not available or not licensable. But I like the commercials we used â€“ the Seiko commercial is a nice nod to the watches in the film.

Our researcher Anna Obropta really deserves a lot of the credit â€“ she really knocked herself out. Those are actual commercials â€“ we just redid the voiceovers. Anna was responsible for getting us the commercials, plus all of this amazing stock footage â€“ everything from the old New York street footage to the McCarthy hearings. She and a team of lawyers worked hard to clear to use what we used.

QUESTION: Do you have a favorite scene within Under the Hood?

ERIC MATTHIES: I really had a lot of fun going back to recreate the footage from the 1930s of Mothman and Silhouette and those characters, having them in costume on the New York streets fighting crime â€“ and shooting it on 16mm with an old Bolex hand-crank camera. We mixed that footage with interviews we shot on high-def, which we treated in post-production. It gave the film a nice texture. 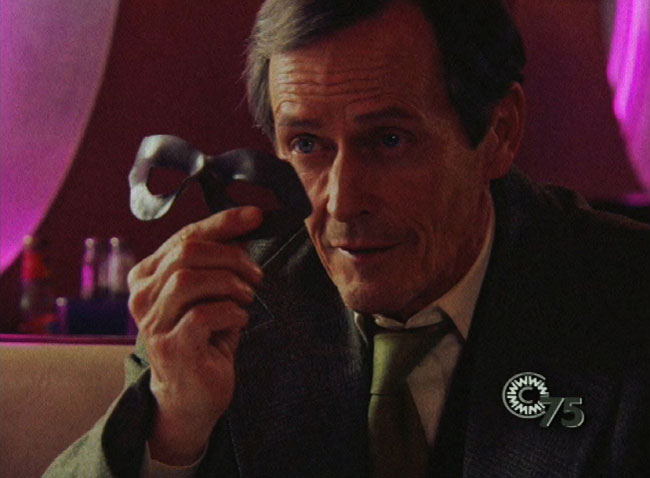 QUESTION: Do you believe you achieved your initial goals with the final result of Under the Hood?

ERIC MATTHIES: The goal was to make ancillary material that complemented the film, and I think we achieved that. The wonderful thing in the graphic novel is that UTH gives you all the background and psychology and philosophy of the masked adventurers and the impact they had prior to Dr. Manhattan. But there was no way Zack could include every bit of that information. It was a great responsibility to make something that they didnâ€™t have to shoe-horn into the movie.

The production team on the feature was so fantastic â€“ especially because I donâ€™t think they completely understood what we were up to at first. It took a little convincing. But they all did amazing work on our behalf. When we first shot with Hooded Justice, that was a thrill to walk out onto the New York Street set. Iâ€™d shot on that set before, but now it was my set. To have Michael Wilkinsonâ€™s team doing their costume magic to help our production, and to have prop master Jimmy Chow making things like holsters for us â€“ it was amazing to have all the resources of this giant movie afforded our little 40-min piece. I want to thank them all â€“ they were very gracious about everything, they were so attentive to details, and I appreciate that they wanted to elevate our production value so it would fit into this amazing world they had already created.

And then there was Zack and Debbie Snyder and Wes Coller, Lloyd (Levin) and Larry (Gordon) â€“ they all gave me the confidence to run with it and do what we did as well as we did. It was a huge responsibility and a tremendous honor, and Iâ€™m proud of what we achieved with Under the Hood. 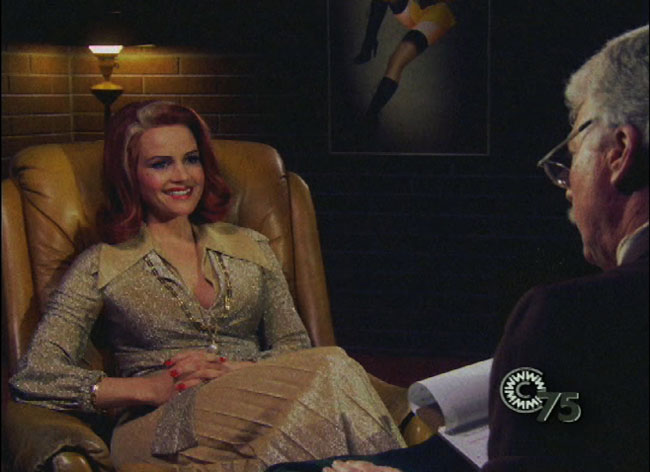