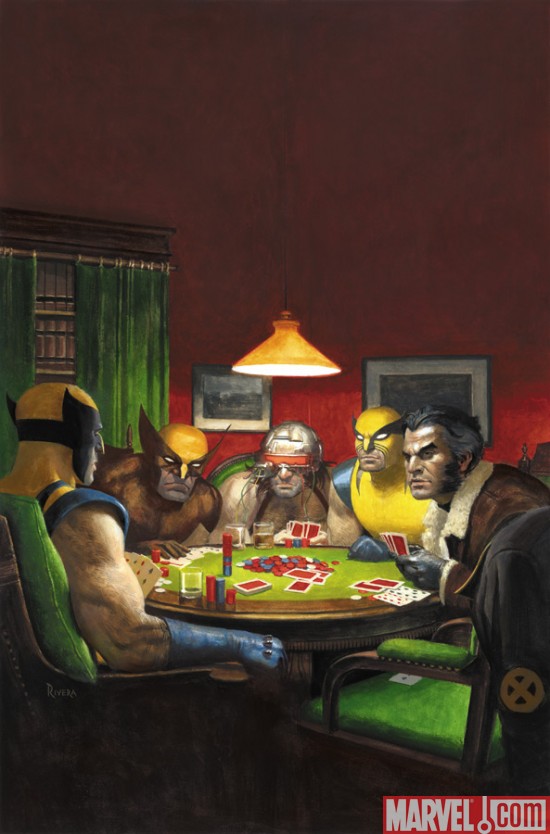 To celebrate Wolverine’s 35th anniversary, Marvel will showcase the X-Man on variant covers for the company’s popular titles as part of April’s Wolverine Art Appreciation Month.

â€œThis is a huge year for Wolverine as he proves why he’s arguably one of the most popular characters in the world,â€ explained Joe Quesada, Marvel Comics Editor-in-Chief. â€œHeâ€™s not just popular with fans but also with artists, as evidenced by how many of today’s top comic artists jockey for a chance to draw him.Â  This got us thinking: what if Wolverine had been around for hundreds, if not thousands, of years? What great, classic artists would want a crack at drawing a Wolverine cover?â€