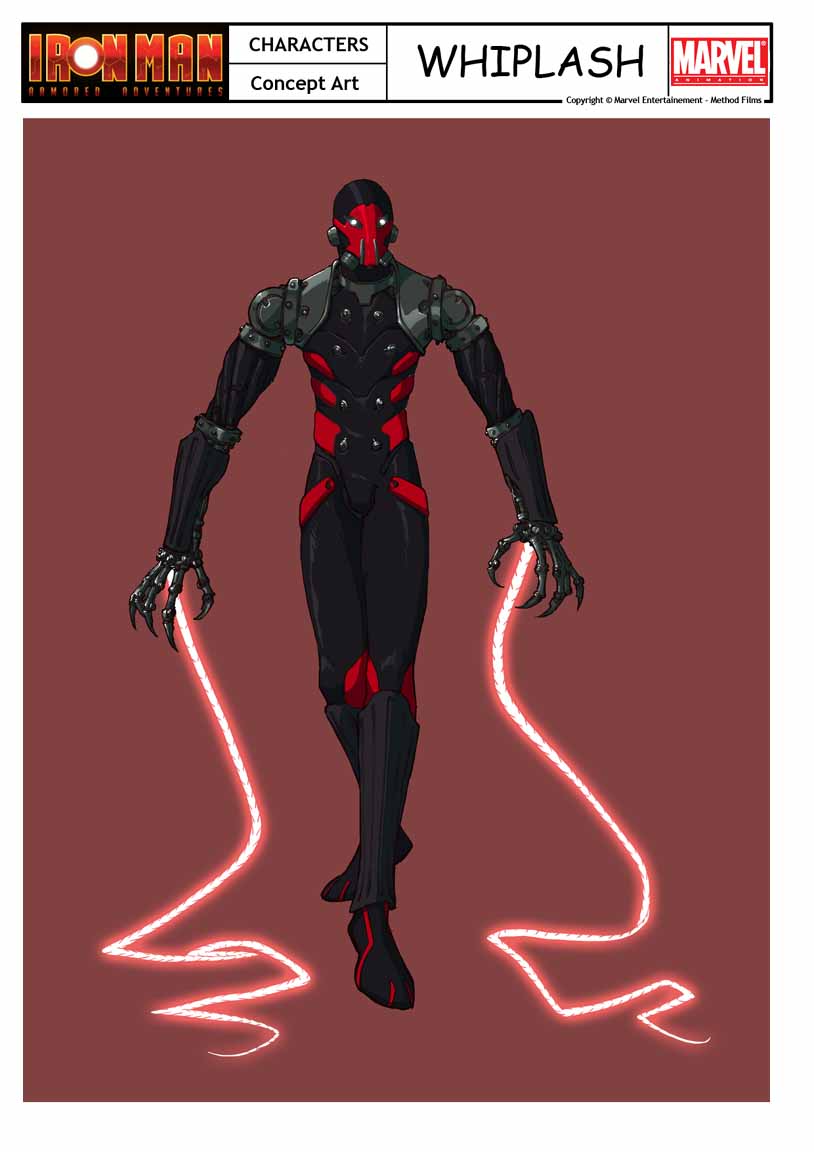 He was in, then out, and now he’s back in again. Mickey Rourke has signed on the bottom line to appear in Iron Man 2, directed by Jon Favreau.

Rourke also met with Jon Favreau and scribe Justin Theroux and got to be part of the development of his character. He’ll play Whiplash, a character that includes elements from that comicbook villain and Crimson Dynamo, another Russian baddie.

Variety is reporting that Marvel is remaining mum on the announcement.

Note: That image may or may not be an official concept sketch.