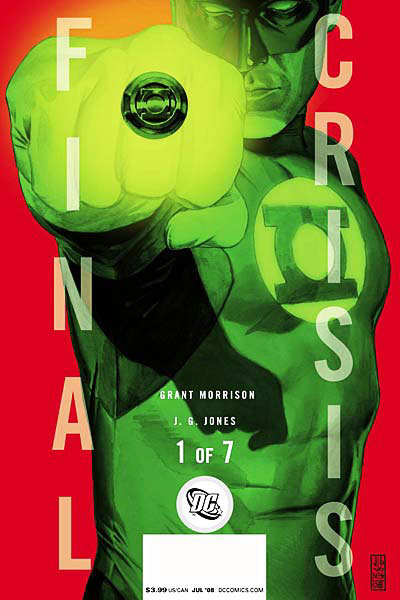 DC Comics has expanded the contents of the FINAL CRISIS HC, collecting the explosive event written by Grant Morrison.

Now running 352 pages, this title will include FINAL CRISIS #1-7, FINAL CRISIS: SUBMIT #1 and FINAL CRISIS: SUPERMAN BEYOND #1-2, all written by Morrison, along with a new cover by J.G. Jones depicting the penultimate scene of the series.

The FINAL CRISIS HC (FEB090203) is advance-solicited in the February Previews and is scheduled to arrive in stores on June 10 with a price of $29.99 U.S. Because of these changes, this title will be made returnable at a later date.