The Complete Rocketeer Coming from IDW 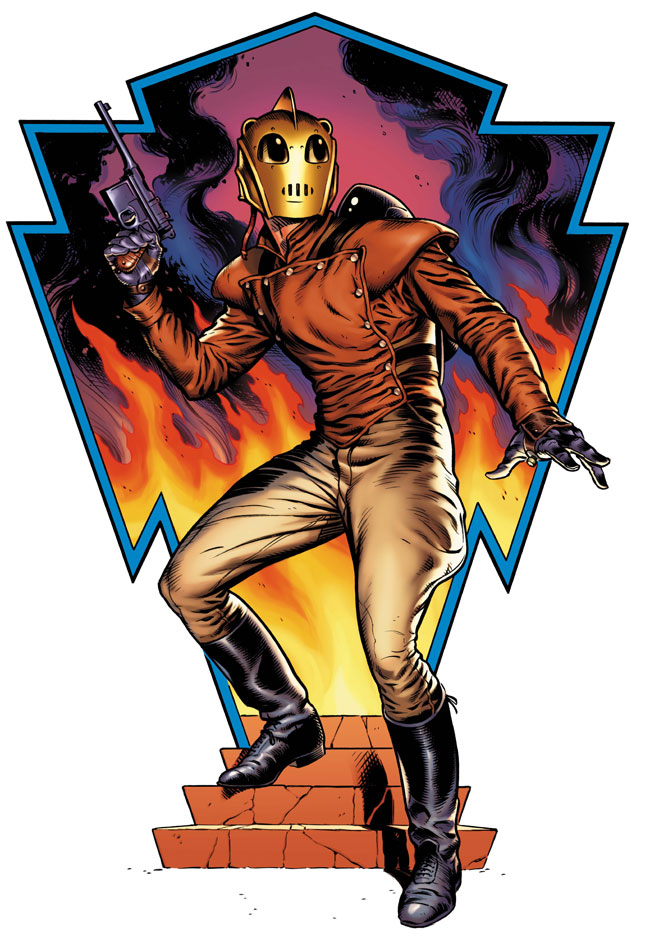 One of my favorite finds from the 1980’s was Dave Stevens’ The Rocketeer.Â  Since it wasn’t published by one of the big two at the time, I had a devil of a time tracking down the individual issues.Â  Each comic book convention I’ve attended in the recent years, have either not had the missing issues I needed, or had the price jacked up beyond having a nice reader copy.

After more than a decade out of print, The Rocketeer makes a triumphant return to stores this October with a comprehensive hardcover edition featuring artwork digitally re-mastered from Stevensâ€™ own lovingly maintained collection of originals, and all-new coloring by Laura Martin, the Eisner-Award-winning colorist handpicked by Stevens himself.

The Rocketeer, a rollicking tribute to pulp novels and Saturday morning matinee serials, follows the high-flying adventures of stunt pilot Cliff Secord and his girlfriend Betty, after Cliff finds a mysterious jet pack and takes to the sky. The graphic novel went on to become a much-loved major motion picture directed by Joe Johnston.

In addition to the mass-market hardcover, a very special deluxe edition is planned. Presented in a larger format, the deluxe edition will be filled with behind-the-scenes material, a treasure of additional pages featuring previously unpublished Rocketeer designs, preliminaries, and sketches by Dave Stevens, many taken from his personal sketchbooks.

â€œIt is an honor to work on The Rocketeer,â€ said IDW Special Projects editor Scott Dunbier, â€œIâ€™ve been a fan of Dave Stevens and The Rocketeer since I first read it in the early 80s. It was a dream of Daveâ€™s to see his creation return to the shelves in a complete collection. We are dedicated to making this the definitive edition, a book Dave would have been proud of.â€ This October The Rocketeer will fly once more.

One deluxe hardcover for me, please!

For those looking for a super gigantic version of the above image, I can be persuaded bribed.