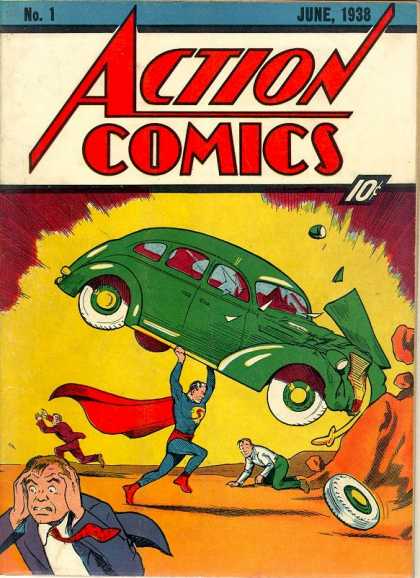 The unrestored copy of Action Comics #1 has reached a bid height of $275,000.Â  There are still eleven days left in the auction for the comic book that ushered in the superhero genre. While 80% of the 100 Action Comics that still remain have been restored, so it is the CGC 6.0 copy that has some speculating the bid could reach as high as a million dollars before it is all over.

What say you Major Spoilers Legion?Â  If money were no object, how much would you be willing to pay for an unrestored 6.0 copy of the first appearance of the Man of Steel?Â  And, if you discovered this rare gem under your grandmother’s unmentionables when you were going through her things for an estate sale, would you keep it, or sell it?