I Kill Giants Trade Arrives in May

This May, Image Comics releases Joe Kelly and JM Ken Niimura’s complete I KILL GIANTS trade paperback while declaring everyone on the planet Earth should buy it since it’s so damn good.

“I’m really flattered Image would make that kind of claim, so much so Ken and I are humbled beyond words and hope people like it as much as Image thinks they will,” Kelly said. “Ken certainly did a phenomenal job with the art and I like to think it’s pretty good as a whole. Then again, there’s a lot of people on Earth. Maybe only half the population should buy the collection and recommend it to friends if they think it’ll appeal to them. That’s still a lot of people. At least three billion.”

I KILL GIANTS tells the heart-wrenching story of Barbara Thorson, a girl whose own family can’t tell if she’s insane or actually the giant slayer she claims to be. During its seven issue run, fans were won over by Joe Kelly’s impeccable storytelling and JM Ken Niimura’s charming visuals, creating what the publisher believes will be one of the shining stars in its strong line of perennial collections for several centuries to come.

Image Comics Publisher Eric Stephenson said, “While Image prides itself on its entire line of comic books, graphic novels and trade paperbacks, we feel I KILL GIANTS is a title all six billion people on Earth will enjoy, whether they’re already comics fans or not. I’m personally buying six copies to hand out to various friends and family members â€“ and I get them for free!” 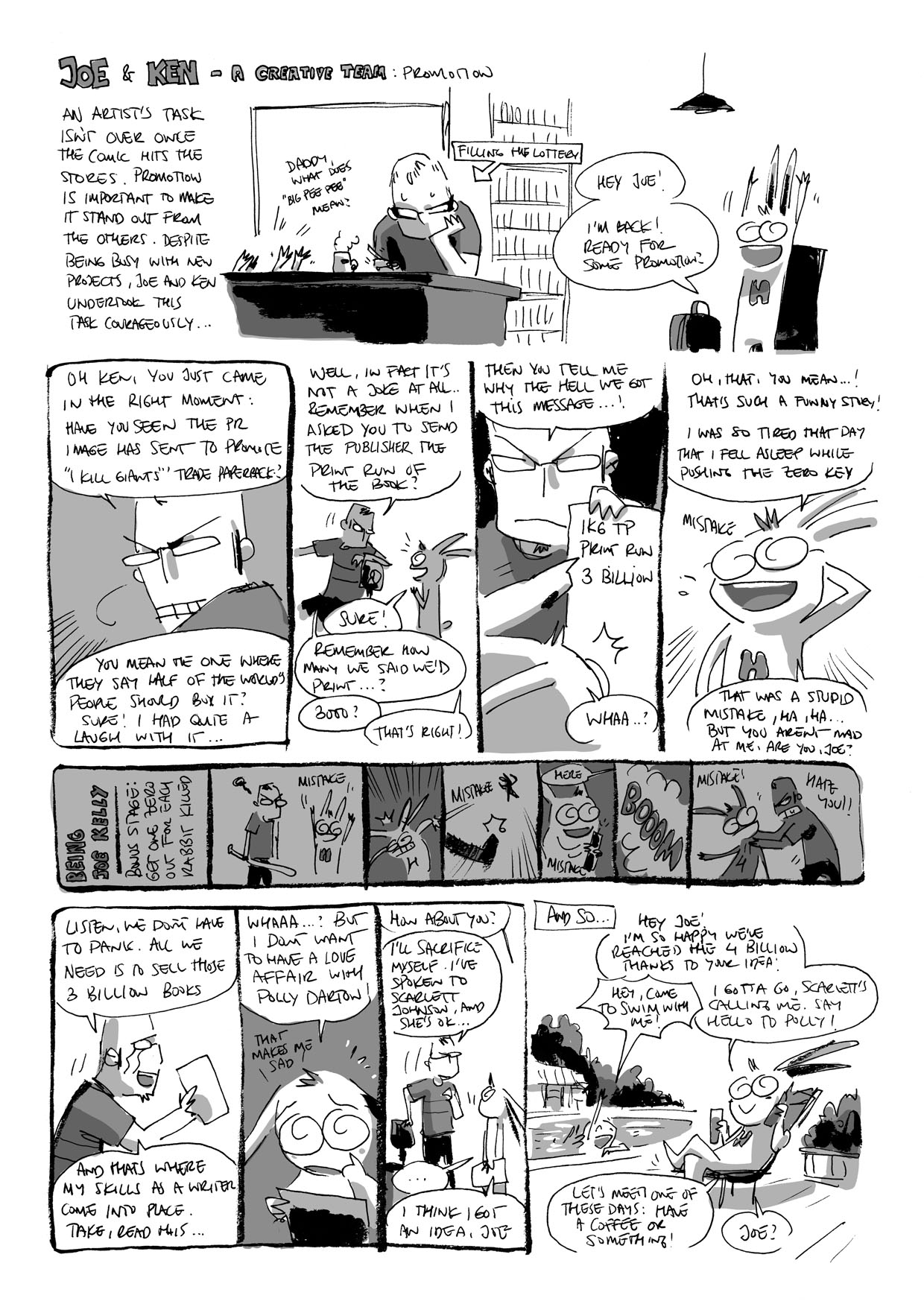 Image Comics is a comics and graphic novels publisher formed in 1992 by a collective of best-selling artists. Since that time, Image has gone on to become one of the largest comics publishers in the United States. There are currently five partners in Image Comics (Robert Kirkman, Erik Larsen, Todd McFarlane, Marc Silvestri, and Jim Valentino), and Image is currently divided into four major houses (Todd McFarlane Productions, Top Cow Productions, Shadowline, and Image Central). Image comics and graphic novels cover nearly every genre, sub-genre, and style imaginable, offering science fiction, romance, horror, crime fiction, historical fiction, humor, and more by the finest artists and writers working in the medium today. Visit www.imagecomics.com.