Seems all those meetings Warner Bros. held all those months ago have finally pumped the company into taking its properties more seriously, as it is diving into the DC vaults to pull out properties to exploit into films.Â  Green Lantern, Jonah Hex, Justice League, Flash, Super Max, Wonder Woman are all in production — okay, probably not Wonder Woman, but there will be another Superman and Batman film for sure, because, well, that last Superman film did so well in the theaters…Â  The latest series to get the movie treatment is the government sponsored Suicide Squad.

“Suicide Squad” will feature a mix of well-known and unknown villains recruited by the government to accomplish a task deemed too dangerous for superheroes. The historically independent operators must bury their own interpersonal conflicts and agendas to form a cohesive unit to take on a singular task. 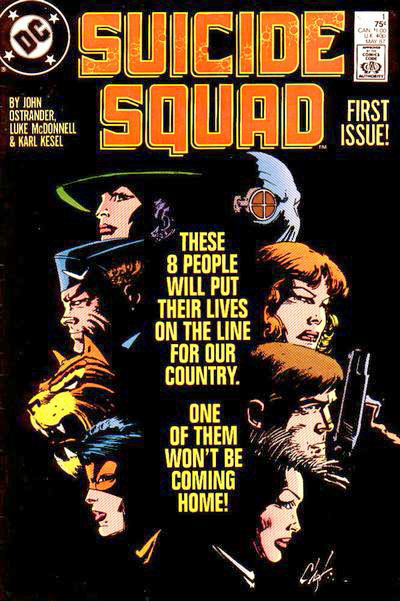 If Warner Bros. uses the Amanda Waller era Task Force X, does that mean we’ll get to see at least some of the people on this list in the film?

The Variety report has producer Dan Lin working this up into a franchise, so if all goes well, we could see everyone on this list eventually.