On the Next Major Spoilers Podcast: The Fan Film 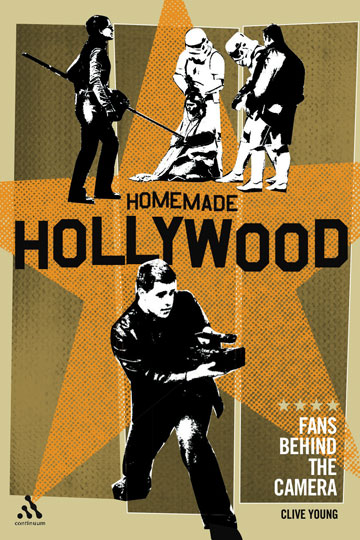 This week on the Major Spoilers Podcast, the crew is sitting down to discuss what’s good and bad about the fan film.

Who would swing off a six-story building for a homemade Spider-Man movie? Why would newlyweds spend $20,000 on a Star Wars film from which they can never profit? How did three nobodies blow Steven Spielberg’s mind with an Indiana Jones flick they made as teens in the Eighties?

They’re all part of the Fan Film revolution–an underground movement where backyard filmmakers are breaking the law to create unauthorized movies starring Batman, James Bond, Captain Kirk, Harry Potter and other classic characters. Regular people are making movies that the fans want to see–and which copyrights and common sense would never allow.

To help out with the discussion, the crew is welcoming Dr. Peter Coogan back to the show, as well as author Clive Young, who’s written Homemade Hollywood, a book all about fans behind the camera.

You’ve probably seen films like Batman: Dead End, a Kevin Rubio’s Troops, but what about Grayson, Ryan vs. Dorkman, or the hundreds of other fan flicks floating about on YouTube?Â  What do you like or hate about fan films?

We really want to include a lot of voice mails in our episodes.Â  Hereâ€™s your chance to be heard on the show!Â  Give us a shout out about fan films, the state of the comic book industry, or anything else that might be on your mind.Â  Only the most awesome comments (good or bad) make it on the show, so get your stuff to us right away!